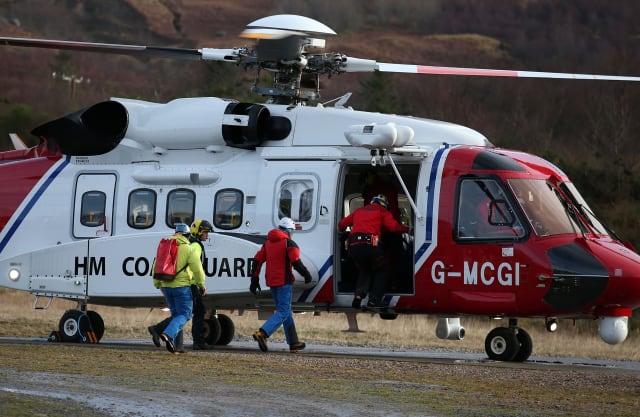 The family of a Team GB fell runner has said he died “doing what he loved” after going missing earlier this week.

Chris Smith set off on a run from Invervar near Aberfeldy, Perth and Kinross, at about 3pm on Tuesday.

The 43-year-old was aiming to tackle a route including four Munros – Meall nan Aighean, Carn Mairg, Meall Garbh and Carn Gorm – and planned to return at 5pm.

Emergency services were called when he did not return and a search-and-rescue operation began to find Mr Smith – who was originally from Aberdeenshire but lived in Haywards Heath, West Sussex.

On Thursday, Police Scotland said the body of a man was found near Meall Garbh at about 11.50am.

Ruth McKee, Mr Smith’s cousin, posted a tribute from the family on Friday morning on Twitter.

It said: “On behalf of the entire family, we are devastated to let you know that Chris has lost his life in Glen Lyon.

“He was doing what he loved having spent the previous days having the most special time with Lindsay, Cameron and Alastair.

“We would like to thank everyone for the support they have given us, in particular the mountain rescue teams, emergency services, members of the public and Chris’s friends that joined the search.

“We will always treasure his energy, spirit and love. Thank you for all your thoughts and prayers.”

A GoFundMe page was also set up to support the work of Scottish Mountain Rescue in the search for Mr Smith, with more than £5,000 raised so far.