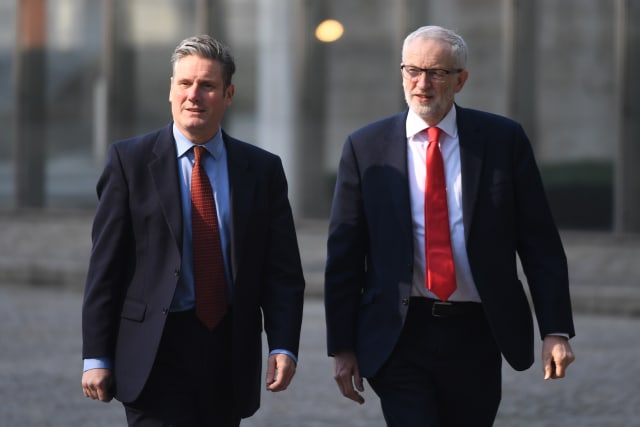 Sir Keir Starmer has insisted there is “no reason for a civil war” in the Labour Party after anger from some on the left over Jeremy Corbyn’s suspension for his response to a damning anti-Semitism report.

The Labour leader appealed for unity and for an end to “factional fighting” on Friday amid fallout from the Equality and Human Rights Commission finding the party broke equality law when Mr Corbyn was in charge.

Mr Corbyn, who led the party until April, was suspended by the party after he refused to fully accept the watchdog’s findings and said anti-Semitism had been “dramatically overstated for political reasons”.

Len McCluskey, the boss of the Unite union, a major financial backer for Labour, warned the move is an “act of grave injustice” that could cause a split and doom the party to defeat.

Sir Keir told BBC Radio 4’s Today programme: “There is no reason for a civil war, there’s no reason to lean inwards, that is not what I want

Sir Keir said that Mr Corbyn and his team “knew exactly” that he would warn that any suggestion the issue had been exaggerated could lead to expulsion.

“I’m deeply disappointed in that response from Jeremy Corbyn yesterday not least because I spoke to him the night before the report to set out how I intended to deal with it,” Sir Keir said.

But Mr Corbyn issued a statement regardless to accuse the media and his political opponents of having overstated the scale of the problem and say “I do not accept all” of the EHRC findings.

The EHRC concluded the party was responsible for unlawful acts of harassment and discrimination and found evidence of “political interference” in the complaints process by then leader Mr Corbyn’s office.

Mr Corbyn said he will “strongly contest” the decision to suspend him pending an investigation, which also meant the Islington North MP had the Labour whip removed in Parliament.

Mr McCluskey, a key ally of the former leader, said the move was “an act of grave injustice which, if not reversed, will create chaos within the party and in doing so compromise Labour’s chances of a general election victory”.

“A split party will be doomed to defeat,” he added.