Schools given Holocaust books to counteract exposure to conspiracy theories 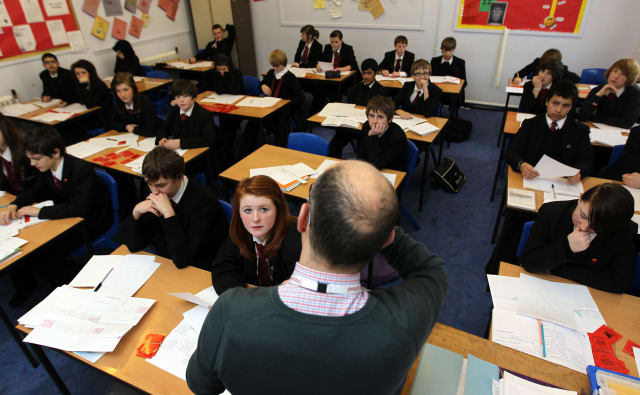 Hundreds of schools across England are to receive copies of a research-informed textbook on the Holocaust to help combat myths and misconceptions held by students.

Teachers are increasingly concerned about the levels of Holocaust denial, anti-Semitism, hate speech and extremism which young people are exposed to online, the co-author of the book has said.

It is hoped the resource, which is being distributed to 1,000 English secondary schools, will counteract these “destructive” influences on social media which teachers and anti-racism campaigners warn are becoming more widespread.

Professor Stuart Foster, executive director of the UCL Centre for Holocaust Education and co-author of the textbook, said teachers already find the Holocaust a difficult subject to teach as many are self-taught.

He told the PA news agency: “If you Google ‘Holocaust Education Lesson Plans’ you get so much and I think teachers really find it hard, quite understandably, to separate the wheat from the chaff, to try and understand what actually is reliable and trustworthy.”

And now school staff are facing challenging conversations in the classroom with young people who have been exposed to inaccurate content about the Holocaust online, Prof Foster added.

On the growing trend, he told PA: “I think that there’s some appeal to conspiracy theories. There’s some kind of crazy attraction to this sense of pushing back on what teachers tell you or experts tell you.

“I think there is definitely that out there and I think social media has definitely made things worse.”

Around 30,000 free copies of Understanding The Holocaust: How And Why Did It Happen? – which has been written by experts from the UCL Centre for Holocaust Education – are being sent to state school teachers who teach the Holocaust to students in Years 7 and 9.

It comes after a survey from anti-racism group Hope Not Hate found that 15% of 16 to 24-year-olds agreed with a statement which said it is true that the official account of the Holocaust was a lie and the number of Jewish people killed by the Nazis during the Second World War “had been exaggerated on purpose”.

Prof Foster said: “Teachers in the schools with whom we work with are increasingly telling us that they are concerned about levels of hate speech, extremism, denial, anti-Semitism and so on to which young people are exposed.

“In many respects these teachers are looking to us to help them counteract these dangerous influences through education.”

Geoff Barton, general secretary of the Association of School and College Leaders, said: “This is an initiative which will be hugely welcomed by schools at a time when they find themselves having to counteract the corrosive circulation of erroneous and extremist material online which can adversely influence young people.

“It is absolutely vital on this subject of all subjects that we have a reliable source of information that can be used to debunk myths and show the horror which is caused by bigotry.”