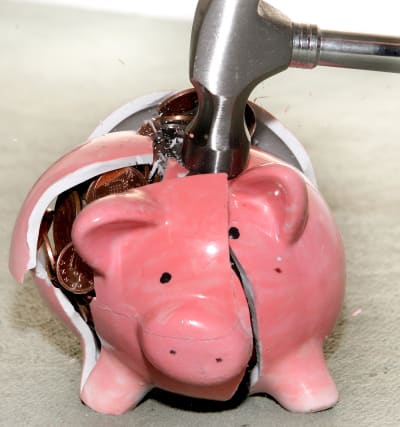 The number of people going financially insolvent across England and Wales fell to a five-year low between July and September.

Personal insolvencies decreased by 37% in the third quarter of 2020 compared with the same period in 2019, the Insolvency Service said.

The figures are made up of individual voluntary arrangements (IVAs), bankruptcies as well as debt relief orders (DROs) – which are aimed at people with lower debts but no realistic prospect of paying it off.

Bankruptcies are often seen as a last resort. The Insolvency Service said that the second quarter of this year marked the lowest quarterly number of bankruptcies since 1990 and the third quarter was the second lowest, with 2,759 in the latest figures.

The Insolvency Service said the reduction in personal insolvencies is likely to be at least partly driven by Government measures put in place in response to the coronavirus pandemic, including reduced operational running of the courts and HM Revenue and Customs (HMRC) enforcement activity.

Financial support measures such as payment holidays and furloughing have also acted as a safety net.

The Service also released figures on Friday showing that the overall numbers of company insolvencies in England and Wales also fell in comparison to both the previous quarter and same period last year.

It said there were 2,672 company insolvencies in the third quarter of 2020, down by 9% on the previous quarter and by 39% on the same quarter the previous year.

“However, the figures don’t tell the full story and shouldn’t be taken as a signal of resounding resilience. The statutory insolvency framework has been altered – and in some parts suspended – by the pandemic, while ongoing government schemes have played an important role in supporting businesses.

“Many businesses in the UK are under significant pressure, and those able to react quickly and adapt at pace will be best placed to rebound from the pandemic. Longer term, many businesses are waiting for clarity before making decisions.”

She added: “With government measures beginning to wind down and an effective vaccine yet to be found, the next quarter could prove to be the one of the most testing ever faced by UK businesses.”