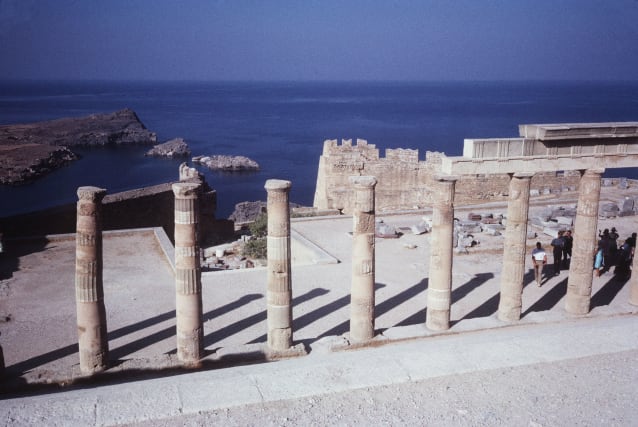 The family of two British teenagers who died in a parasailing accident while on holiday in Greece have paid tribute to their “beautiful” and “talented” children.

Cousins Jessica Hayes, 15, and Michael Connelly, 13, died on the Greek island of Rhodes on Wednesday when the rope holding their parasailing canopy snapped.

Michael’s 15-year-old brother, James Connelly, who was with them at the time, survived but is in a critical condition in hospital.

Michael’s parents paid tribute to the teenagers, who were both from Corby in Northamptonshire.

In a statement to the Northamptonshire Telegraph, the Connelly family said: “Mikey was the most talented gentleman with charisma in spades.

“He never had a bad word to say about anyone and was always a popular kid at school and at his drama class.

“His target of winning two Oscars before he was 18 has tragically been snatched away from him, and his family and friends will never recover from his passing.

”The world is a much poorer place for Mikey not being in it.

”He has left with his beautiful cousin Jessica, who was adored by all who knew her – the brightest of bright stars with the world at her feet.

“She could have been anything she wanted, as smart as she was.

“Her loss leaves a hole in our family that will never be filled.”

The family asked people to pray for their son James, who they said is on life support.

Jessica was a pupil at Uppingham Community College pupil and the boys attended Kingswood Secondary Academy, the Northamptonshire Telegraph reported.

Jessica’s family said in a statement to the paper that their “hearts will never heal” and described their daughter as “beautiful”.

They said: “In a place where we were to spend some quality time as a family, we have suffered the most devastating loss.

“Jessica was a beautiful, bubbly young lady, who was extremely popular and loved by so many. Jess was always laughing with friends and loved a good giggle, with her beautiful smile.

“She had her best years ahead of her, she could have achieved anything she wanted. She was so clever, and so artistic.

“She loved nothing more than doing her own acrylic nails, and those of her friends, as well as being amazing with make-up.”

The family said Jessica “loved to bake and cook”, and enjoyed camping trips, having completed her Duke of Edinburgh award.

“We are devastated, and we really want our privacy and the privacy of family and friends to be respected during this time,” they added.

The three teenagers were said to have been found on rocks near the village of Lindos.

The Greek coastguard said the two people connected with the speedboat have been arrested.