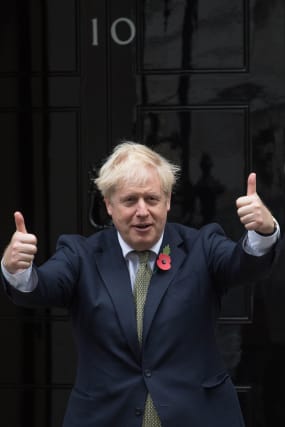 Boris Johnson made a promise in July to increase the UK’s Covid-19 testing capacity to 500,000 tests per day by the end of October.

The latest data on the Government’s coronavirus dashboard shows that there is currently a capacity for 467,512 tests with 308,763 tests actually being processed.

The Prime Minister may not be far off his target with just one day left to meet it – but will it be a huge success that will help make a real difference to the current escalating problem of rising infection numbers?

“But what that tells us is limited,” he said. “The gap between capacity and tests done is important here because the capacity figure generally refers to overall testing capacity, not the Pillar 1 & Pillar 2 testing capacity which are linked to Test and Trace.”

Dr Moon said testing capacity alone is “not the route to suppressing the virus”, adding: “We need a contact tracing system that can handle the number of cases referred to it, we need better support and enablers for isolation, and a Government communications strategy that is engaging, multi-media, and consistent.”

Dr Bharat Pankhania, senior clinical lecturer at the University of Exeter Medical School, pointed out the importance of a quick turnaround regardless of testing capacity.

Just 22.6% of people who were tested for Covid-19 in England in the week ending October 21 at a regional site, local site or mobile testing unit – a so-called “in-person” test – received their result within 24 hours.

Dr Pankhania said it is key for the system to be “dynamic and responsive”, locally delivered and locally based with people not having to travel long distances.

Dr Pankhania also talked of the importance of targeting the testing where it is most needed – to people in nursing homes, hospitals, healthcare workers, emergency workers – so that they can get tested regularly.

“What you need to do is use the capacity in a smart manner,” he said.

Professor Jonathan Ball, professor of molecular virology, University of Nottingham, said testing is “only one part of the jigsaw”.

He said: “It’s how it informs infection control that’s key, whether that’s through influencing the behaviour of the person receiving a positive test result and their immediate household, or effective and rapid contact tracing that should also follow a positive result.

“One thing missing from testing policy is how we might deploy increased capacity for better surveillance – especially in hospital, care home, prison, and educational settings – and how we might be able to use testing to manage contacts: asking people to repeatedly isolate when they might not be infected is far from ideal.”

This is not the first target the Government has set itself regarding testing since the pandemic began.

On April 2, after several days of intense scrutiny over failures in testing, Health Secretary Matt Hancock set a target of achieving 100,000 daily coronavirus tests in England by the end of April.

At this time, only about 10,000 tests were being carried out each day, but Mr Hancock remained confident that the target would be met.

The Government said it met its target, with Mr Hancock heralding this as an “incredible achievement”.

But questions were raised over how the tests were counted, with changes in the last few days meaning newer home test kits were counted as they were sent out.

The overall total also included tests dispatched to “satellite testing locations” – such as hospitals that had a particularly urgent need – but did not detail whether the tests were actually used.

It meant the number of tests known to have been carried out in the 24 hours, as opposed to delivered, was 81,978.

Whether the Prime Minister will meet his 500,000 testing capacity target remains to be seen, but with the end of October just hours away time is running out.