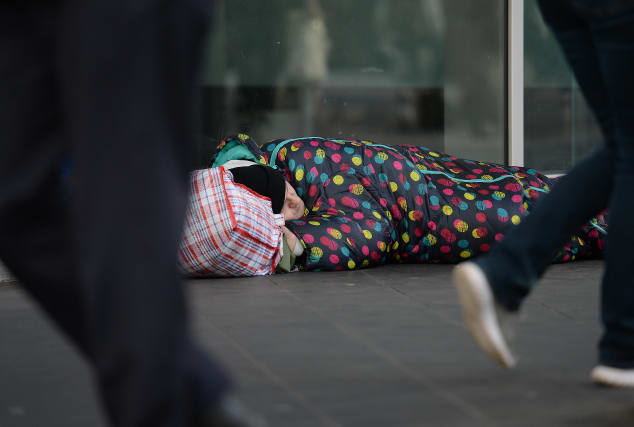 The drive to get people off the streets at the start of the coronavirus pandemic led to a 14% drop in rough sleepers in London this summer, new figures reveal.

At the start of the crisis, the Government asked local authorities to house all rough sleepers and those in hostels and night shelters by early April as part of the “Everyone In” campaign.

Reduced levels of rough sleeping continued even after lockdown was eased over the summer months, data published by the Greater London Authority on Friday showed.

There was a 19% fall in street homelessness to 3,444 on average over July and September compared to the previous three months when it sat at 4,227.

The figures, collated by multi-agency database the Combined Homelessness And Information Network (Chain), also showed a drop of 14% compared to the same period last year.

Worryingly, 55% who found themselves on the streets during that period were sleeping rough for the first time, although 77% of this figure were prevented from having to spend a second night outside.

Westminster recorded the highest number of newly homeless people on its streets at 434.

But interventions by outreach services meant only 10 of those suddenly without a roof joined its long-term street dwelling population – a total of 120 people.

The borough was found to have a further 356 people intermittently sleeping rough.

Newham had the second highest totals, as 137 people found themselves on the streets for the first time, four of whom became long-term homeless, taking the borough’s street population to 20.

It had a further 212 people who were occasionally forced to sleep on its streets.

St Mungo’s, one of the capital’s largest homelessness charities, praised the speed of outreach workers at getting the majority of those newly on the streets into accommodation swiftly.

He said: “(It’s) not surprising given that some of the services which are so effective at preventing this happening were partially suspended as a result of the pandemic, this needs attention.

“Preventing this transition is one of the key elements which from our experience prevents rough sleeping.”

But he praised the Everyone In scheme, saying: “One of the big positives from Everyone In was the close working between Government, local authorities, homelessness charities and statutory agencies.

“And we, like the many homelessness charities working across the capital, remain committed to working with the GLA, national and local government to achieve our shared goal of ending rough sleeping.”

He urged the Government to continue supporting intervention programmes such as No Second Night Out and Somewhere Safe To Stay to stem the flow of people forced on to the streets in the first place.