Cameron Mackintosh: Government help for theatre is not a level playing field 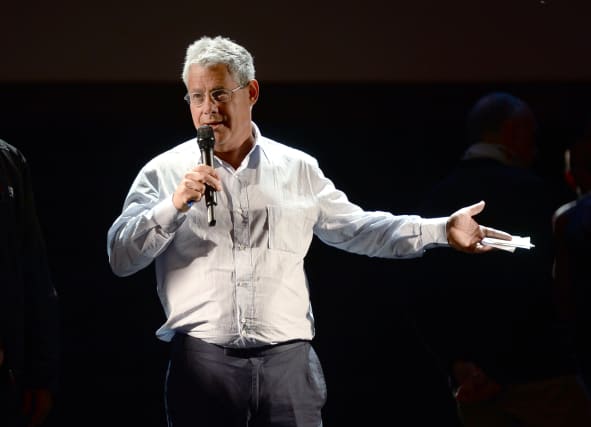 Sir Cameron Mackintosh has said there is “no rhyme or reason” to what is being supported in the West End, nor is it a “level playing field”.

The producer, who is not eligible for a grant from the £1.57 Culture Recovery Fund because his organisation is not on the brink of collapse, said theatre owners need more support.

Theatres including Shakespeare’s Globe, Sadler’s Wells and the Old Vic have all received money from the fund.

Sir Cameron told the The Daily Telegraph: “It isn’t right. What is not a level playing field is who is getting subsidised for what.

“It seems to me that they (the Government via the Arts Council) have helped a good range of subsidised and non-commercial theatre but there is no rhyme or reason yet as to what they’re supporting in the West End.

“This is infrastructure that belongs to the nation – we’re the caretakers for future generations.

“These are the engine rooms of the West End. We pump money into the wider economy.”

The producer also clarified the future of The Phantom Of The Opera, after announcing in July that the West End production of the long-running show has permanently closed.

However, there was confusion when composer Lord Andrew Lloyd Webber, who owns the theatre that houses the show, said: “Phantom will be back.”

Sir Mackintosh told the newspaper: “Before lockdown we opened a fabulous new production in Leicester, which Andrew came to see – and it’s going to go into Her Majesty’s.

“His company is the co-producer. It was just Andrew being ‘the artist’. When it suits him he’s the lonely artist and when he wants to put on a show he’s the showman. He has always been like that. I just get on with things.”

The producer, who has previously announced his shows including Hamilton and Mary Poppins will not return to the West End until 2021, while saying Les Miserables will return to the stage for a special Christmas run, said it is vital the big shows are able to get back up and running.

He said: “The theatre as we know it will not survive unless the big shows get back up.

“However many other shows there are on the periphery, the major shows are the symbol that we’re open for business.”

He added: “The longer it goes on, the bigger the bills. If it pushes through to autumn or the following year, I don’t know where we will be. I could get through to the spring of 2022, but to add another year would be very serious. I can’t say what I would do at that point.

“Yes, as I hit my 75th year I’m going ‘Oh my God, how much longer can I keep this going?’, but at the moment I still have my mojo.

“I absolutely can see the West End back next year, but it needs to be back as part of the crusade of getting London exciting again, as part of the cure, not post the cure.

“We need theatre to rally. It’s the reason why Churchill reopened the theatres at the beginning of the Second World War – he went ‘We have to reopen come hell or high water’. That’s the kind of pluck we need now.”