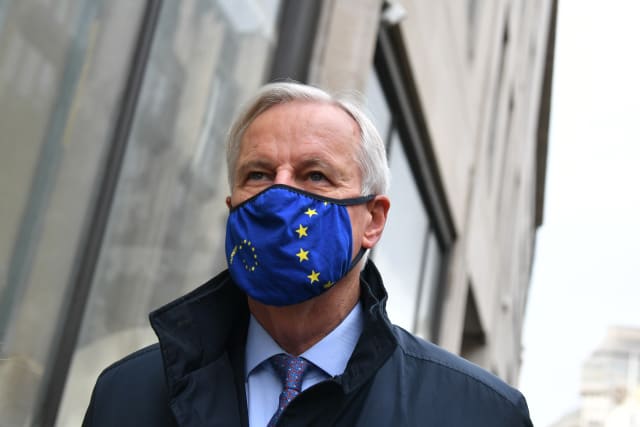 EU chief negotiator Michel Barnier has said that "much remains to be done" to broker a post-Brexit trade deal as negotiations continued in Brussels.

He said on Friday they are working hard to get an agreement but that there were still significant gaps after seven days of "intensive negotiations" in London.

Talks with his Downing Street counterpart, Lord Frost, resumed in the Belgian capital on Thursday as they try to get a deal in place for the end of the transition period on December 31.

Currently the UK remains a member of the single market and continues to follow EU rules, but businesses will face high tariffs to trade if there is no deal at the end of the transition.

"Much remains to be done."

On Monday, No 10 warned that "time is very short" to bridge the "significant" gaps between the two sides.