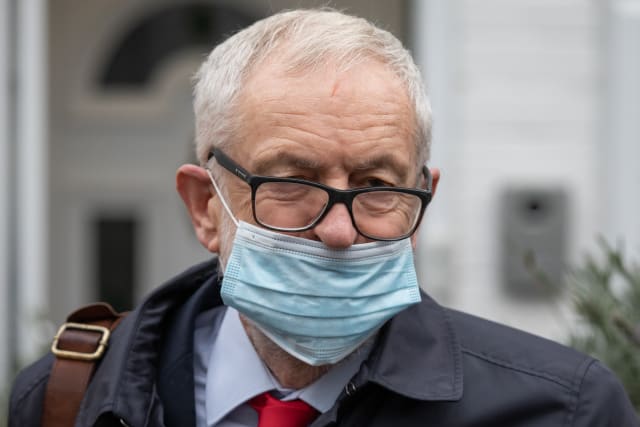 Labour broke equality law in its handling of anti-Semitism, an investigation by the human rights watchdog has concluded.

A damning report by the Equality and Human Rights Commission found the party was responsible for unlawful acts of harassment and discrimination.

The investigation found evidence of “political interference” by then leader Jeremy Corbyn’s office in the complaints process, a move likely to add to the party’s bitter civil war over the handling of anti-Semitism during his time in charge.

The EHRC’s interim chair Caroline Waters said there had been “inexcusable” failures which “appeared to be a result of a lack of willingness to tackle anti-Semitism rather than an inability to do so”.

The Party is responsible for three breaches of the Equality Act (2010) relating to: political interference in complaints, failure to provide adequate training to those handling anti-Semitism cases and harassment.

Ms Waters said: “The Labour Party made a commitment to zero tolerance for anti-Semitism.

“Our investigation has highlighted multiple areas where its approach and leadership to tackling anti-Semitism was insufficient.

“This is inexcusable and appeared to be a result of a lack of willingness to tackle anti-Semitism rather than an inability to do so.”

The party has been served with an unlawful act notice and has been given until December 10 to draft an action plan to implement the report’s recommendations, which is legally enforceable by the courts if not fulfilled.