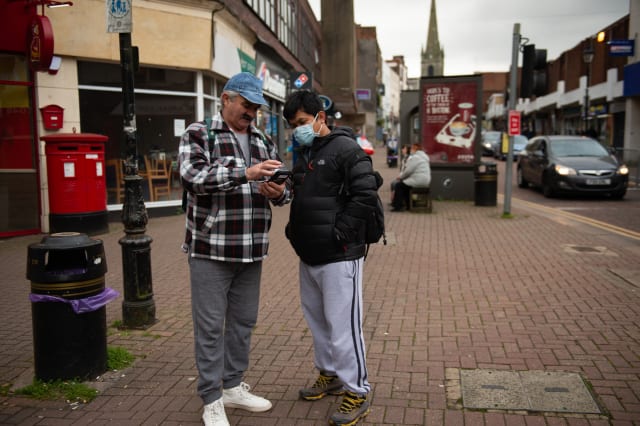 Over 1.5 million more people in the West Midlands look set to have Tier 2 restrictions imposed amid a continuing rise in Covid infections.

The whole of Staffordshire, Dudley, in the Black Country, and Telford & Wrekin, in Shropshire, are the latest areas set for a move from medium to high controls.

Staffordshire County Council leader, Councillor Alan White warned the area’s 880,000 residents “we are now facing tighter restrictions” because of rapidly rising cases, and the new measures could be in place as soon as the end of the week.

The council said the exact date of when restrictions will be imposed was to be confirmed, but would be reviewed after 14 days.

An official announcement is expected later.

Stoke-on-Trent, which is also in Staffordshire, had already moved to Tier 2, on Saturday.

Dudley had been the last of the West Midlands’ seven metropolitan local authority areas not at Tier 2, but a recent rise in infections means it also looks set to move up to stiffer controls.

Lucy Allan, Conservative MP for Telford, said “an announcement re Telford’s ‘Tier status’ is expected at lunchtime today, following a meeting this morning”.

Councillor Patrick Harley, Dudley Council leader, said he hoped local authorities would be given time for the measures time to work.

The Tier 2 measures would include no household mixing, the Rule of Six outdoors, and a 10pm closure for pubs and bars not serving substantial meals.

Mr White said: “We can, and we must rise, to this new challenge, but it is down to each and every one of us to stick to the new rules when they do come into force to help keep Staffordshire safe and open for business.”

Meanwhile, with infection rates still rising across almost all areas in the region, leaders of the seven metropolitan councils, including Birmingham, had talks with West Midlands mayor Andy Street, on Wednesday, to discuss Tier 3.

A senior local authority official who attended described the move to Tier 3 as “a matter of when, not if”, although council leaders had not been united on the detail of what controls should apply.

Hospitals have started postponing routine procedures and appointments to cope with rising admissions of patients with Covid.

University Hospitals Birmingham NHS Trust, England’s largest, had a 27% increase in the numbers of patients with the disease it was treating in the five days to October 28, because of what it called “sustained and growing pressures”.

Brexit briefing: 27 days until the end of the transition period