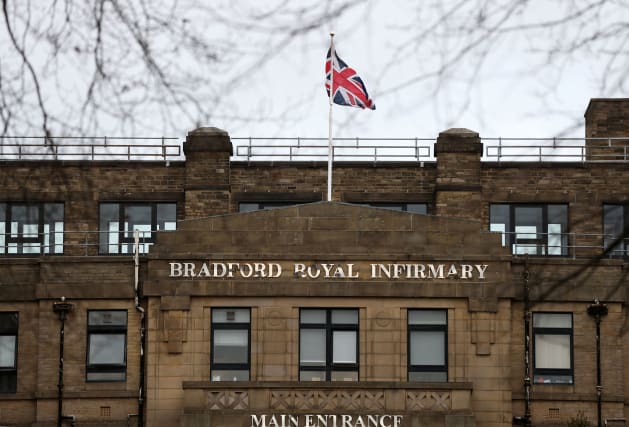 A West Yorkshire council leader has denied the region is in a “stand-off” with government about entering Tier 3 restrictions as long-running talks continue amid rising hospital admissions.

Leader of Bradford Council Susan Hinchcliffe said on Wednesday that it appeared the Government was “unflinching in their resolve” to place the region into Tier 3 as another day passed without a decision.

But Ms Hinchliffe, who is also the chairwoman of the West Yorkshire Combined Authority, told Today on BBC Radio 4 on Thursday she would not describe it as a “stand-off”.

The talks have been ongoing as hospitals in West Yorkshire announced the cancellation of some routine operations as numbers of Covid-19 patients on wards reached levels higher than in the April/May peak.

Ms Hinchliffe told Today: “I wouldn’t call it a stand-off.”

She said the “only thing that’s worked” is a national approach but added: “I’ve been told there’s no prospect of a national lockdown.”

The councillor said: “The whole country was in it together and doing things together.

“There is something about people following rules and wanting to see the fairness of it all.”

In her statement on Wednesday, Ms Hinchliffe said it was unclear what support would be offered to businesses in the event of a move to the higher tier but the Government had told council leaders it would be a “template package” with no room for negotiation.

She said: “It is clear from our conversations so far that Government are unflinching in their resolve to put Bradford and West Yorkshire into Tier 3.

“Our local residents and our local businesses need certainty about whether we are going into Tier 3 or not.”

Earlier this week, MPs and councillors in the Huddersfield and Dewsbury areas of West Yorkshire came together to say Tier 3 rules would have a “devastating effect” on the economy and mental health.

A statement by Kirklees Council’s Outbreak Control Board, including Conservative MPs Jason McCartney and Mark Eastwood, said: “The closure of our pubs and bars will have a devastating impact on our economy and people’s livelihoods, and we have not seen the evidence that this will directly impact on infection rates.”

They said: “We also do not feel comfortable agreeing for Kirklees to enter Tier 3 without any indication of how we get out of these restrictions and how long they will last.”

Labour MP for Batley and Spen, Tracy Brabin said on Twitter: “There is a lack of transparency from the Government about how we enter/exit Tier 3, and it is unfair on every person living in West Yorkshire to be left in the dark on this.

“I have been pushing the Government to show us that they are following the science.”

The political debate is taking place against a backdrop of dramatically rising hospital admissions for Covid-19 with NHS figures showing the Yorkshire and Humber region with the fastest growing rates in the England.

Earlier this week, the trust which runs Leeds General Infirmary and St James’s Hospital said only essential operations will go ahead after the number of Covid-19 patients being treated went beyond the number treated at the peak of the virus’s first wave.

The latest official statement on the talks from the West Yorkshire Combined Authority, issued on Wednesday evening, said: “The latest data on infections and hospital admissions shows a continued rise, and we have repeated our calls to Government that further local action needs to be taken, including strengthening community engagement and test and trace.

“There will be further discussions with Government in the coming days.

“We are absolutely committed to implementing the most effective measures to protect the people and economy of West Yorkshire.”