Lloyds swings back to profit in third quarter 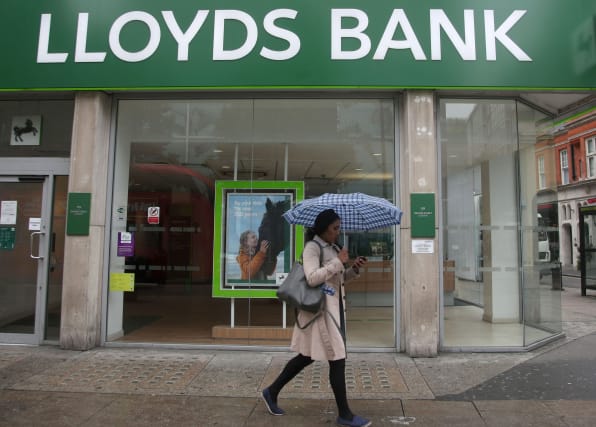 Lloyds Banking Group returned to profit in the third quarter of the year, racing ahead of analysts’ predictions as it achieved more than £1 billion before tax.

The company said it was starting to see an encouraging recovery after it took serious hits from the Covid-19 pandemic, which are likely to cost it more than £4.5 billion in impairments this year.

Pre-tax profit hit £1.04 billion in the three months ending September 30, up from £50 million during the third quarter in 2019.

It was ahead of the approximately £588 million forecast by experts, and came on a net income of £3.4 billion, Lloyds revealed on Thursday.

Lloyds was able to better the analysts’ prediction due to lower impairment costs.

The bank took a £301 million impairment in the quarter, over £400 million less than analysts had predicted.

It now forecasts that impairments for the whole of 2020 will be in the lower end of the £4.5 billion to £5.5 billion it had predicted earlier this year.

Chief executive Antonio Horta-Osorio said: “Although our performance has clearly been impacted by the pandemic and the associated challenging economic environment, I am pleased that we are now seeing an encouraging business recovery and, with impairments significantly lower, a return to profitability in the third quarter.

“The pandemic has accelerated many trends around ways of working and digital adoption and our long-run investment in digital propositions has positioned the group well to continue to support our customers.

“As a result, the number of digital users continued to increase, the proportion of products sold digitally is rising and customer satisfaction is at record levels. Our digital proposition and focus on technological change will remain a priority as we accelerate our transformation.”