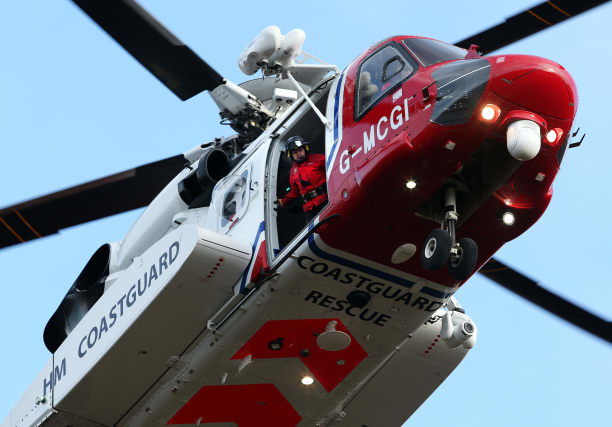 The family of a missing fell runner who was part of Team GB have said they are “desperate” for his safe return.

Chris Smith set off on a run from Invervar near Aberfeldy, Perth and Kinross, at around 3pm on Tuesday.

The 43-year-old was aiming to tackle a route including four Munros – Meall nan Aighean, Carn Mairg, Meall Garbh and Carn Gorm – before returning at 5pm.

His family, including wife Lindsay and two children, became concerned when he did not return.

Emergency services were called and a search and rescue operation involving mountain rescue teams, Police Scotland and the Coastguard helicopter was launched. It is now in its third day.

Mr Smith’s sister-in-law Elaine told the BBC the family “desperately want to bring Chris home”, adding: “We’re thinking that something has gone wrong at some point on his run.

“I guess our hope at this moment is that maybe he’s been slightly injured and he’s sheltering somewhere, because he’s not able to walk.

“That’s our hope at the moment, and we’ve got to remain positive, which is what we’re doing.”

The family are concerned Mr Smith – who is originally from Aberdeenshire but now lives in Haywards Heath, West Sussex – may have become disorientated during his run and ended up further away than he aimed to be.

Inspector Emma Bowman, from Tayside police division, said: “Chris is an experienced hill walker and fell runner, so it is naturally concerning that he remains missing at this time.

“Our thoughts are with his family as the searches continue today.

“I’d like to thank everyone who has taken part in the searches so far and ask anyone who has any information about Chris’s whereabouts to contact police on 101, quoting incident 2775 of October 27.”

A GoFundMe page has also been set up to support the work of Scottish Mountain Rescue in the search for Mr Smith, and more than £3,000 has been raised so far.