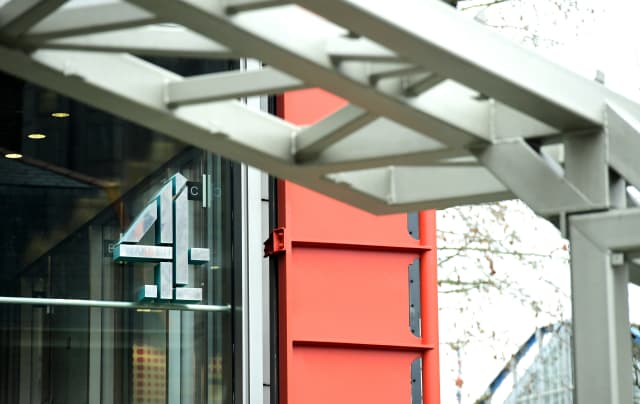 Channel 4 has said it will repay the Government around £1.5 million it received in furlough payments after finding itself in a “robust financial position”.

The broadcaster said it expected to end 2020 with a “significant financial surplus” and planned to reinvest in content.

It has also added an additional £11 million to this year’s content spend and plans to increase the 2021 content budget significantly.

The figures feature in the broadcaster’s 2019 annual report, which this year featured a 2020 update accounting for the effects of Covid-19.

Channel 4’s fortunes have been buoyed by a year which has seen a move to digital viewing during lockdown and an increase in younger viewers for the channel.

Catch-up service All 4 has seen a 27% increase in viewing for the year to date.

During the height of lockdown, between the end of March and early July, the service drew 54% more views year-on-year.

In response to the pandemic, Channel 4 initially cut its programming budget by £150 million, reduced other costs by £95 million and placed staff on furlough.

The broadcaster’s advertising revenues were down nearly 50% year-on-year in April and May and down more than 30% in June and July.

Addressing the impact of coronavirus on the broadcaster, chief executive Alex Mahon said: “When Covid hit in early March, as you all know, it had a very severe and immediate effect on our business.”

She said they had taken a “pretty prudent approach” to ensure they were ready for a “worst-case scenario” in terms of advertising and production.

However, Ms Mahon said the advertising market had now rebounded and was “at the better end of forecasts”, contributing towards Channel 4’s improved financial situation.

As a result, it has made a £250,000 donation to the Film and TV Charity Covid-19 Recovery Fund for industry workers hit by the outbreak.

Director of programmes Ian Katz praised Channel 4’s production partners for keeping its schedules full at the height of the lockdown.

He also pointed towards The Great British Bake Off as a success story after it was filmed in a bubble and returned with 10.8 million consolidated viewers – Channel 4’s biggest audience since 1985.

Ms Mahon said Channel 4 had undergone “quite a year of transformational change” in 2019, which saw the opening of a national HQ in Leeds and creative hubs in Bristol and Glasgow.

The new bases were partly responsible for a planned pre-tax deficit of £26 million, according to the report.

Series two of The End Of The F***ing World was also watched more on All 4 than on traditional channels and linear services, the report said.

“That’s the beginning of a switch that will see shows that really rate with young people become more digital and on-demand than they do on tradition channels,” Mahon told the briefing.

She also addressed the suggestion the Government could sell Channel 4, which is publicly owned but commercially funded, after media minister John Whittingdale said it would consider public service broadcasters funding as part of a review.

Ms Mahon said she felt “calm” about the issue.

She added: “We’ve come through this in an incredibly positive way. We’ve clearly proved our financial sustainability and flexibility, but we’ve also proved how important we are to the audience.”