Shoppers spend 12% more when they scan their own items, study finds 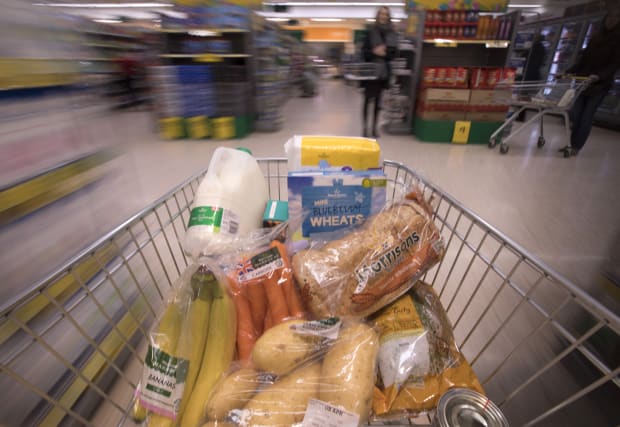 People who scan their own shopping at the supermarket spend 12% more than going through a traditional checkout, according to research.

Studies of consumers revealed a surge on spending of 9-38% – with shoppers who had a firm budget plan more likely to overspend.

Researchers at the University of Bath School of Management found using a handheld scanner gives people a sense of control and a more enjoyable shopping experience.

Shoppers using the device spend more time in the supermarket, look at a wider array of products and make 14% more impulsive, unplanned purchases.

Carl-Philip Ahlbom, from the University of Bath’s School of Management, said: “Essentially shoppers are spending more time touching products while they look for barcodes and that builds a greater sense of desire.

“People feel more impulsive and they start to enjoy their shopping trip and feel happier.

“Interestingly they also make healthier choices in what they put in their trolley, as their shopping trip becomes a more conscious process and 5% more of their selected products are healthy.”

Researchers were surprised to find those who had an idea of which items they required but no fixed budget were not susceptible to making extra purchases.

Three studies, published in the Journal of Marketing, were carried out on more than 1,000 shoppers at supermarkets in Sweden between 2017 and 2019.

They used eye-tracking technology and data tracking techniques, which were replicated in two further laboratory studies involving around 1,200 people.

Data was collected with the support of the Retail Academics Research Institute.

In the field experiments, the researchers conducted both entrance and exit interviews.

At the entrance, they asked shoppers what they planned to buy. They collected the shoppers’ receipts at the exit.

The researchers then compared planned purchases with what was actually bought.

Professor Jens Nordfalt, also from the School of Management, said: “What’s fascinating about the results is that they’re counter intuitive.

“We expect our minds to control our actions but we consistently found that when you pick up a product and spend time touching it, your actions influence how you think.

“You have to pay more attention to the product and you start to think, feel and behave differently. It’s called embodied cognition – the idea that the body influences the mind.”

The researchers say consumers should not feel they are being manipulated when offered the option of scanning their own items.

They highlight the improved shopping experience, healthier product choice and the ability to verify shelf prices against what the scanner registers, which is more challenging with traditional checkout scanners.

More studies are needed to establish whether the effects are short-lived, potentially reducing as consumers become more familiar with the technology.

Researchers from Babson College in Massachusetts and the University of Tennessee also contributed to the work.