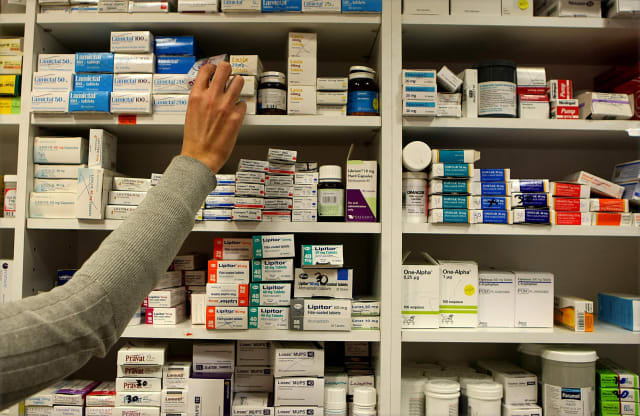 Concern has been expressed about a potential risk to the supply of pharmaceutical drugs to Northern Ireland following Brexit.

Lord Teverson said the vast majority of medicines used in the region are imported either from or via Great Britain, and often originate in the EU.

The peer, who chairs the House of Lords EU Environment sub-committee, said pharmaceutical companies do not feel they have the information they need about the transportation of medicines.

Under the protocol in the Brexit Withdrawal Agreement, Northern Ireland will remain in the EU single market for goods when the transition period ends.

“What steps is the Government taking to ensure the consistent, affordable supply of a full range of genuine prescription medicines in NI in the medium term, after any immediate adjustment period at the end of transition?” he wrote.

“We are particularly interested in whether you have explored the possibility of bonded warehouses, which may allow medicines to be transported from the EU to NI via GB without being decommissioned.”

The peer posed seven questions to the minister and wants the answers by November 11.

He also asked what steps the Government has taken to ensure the consistent, affordable supply of a full range of prescription medicines in Northern Ireland from January 1.