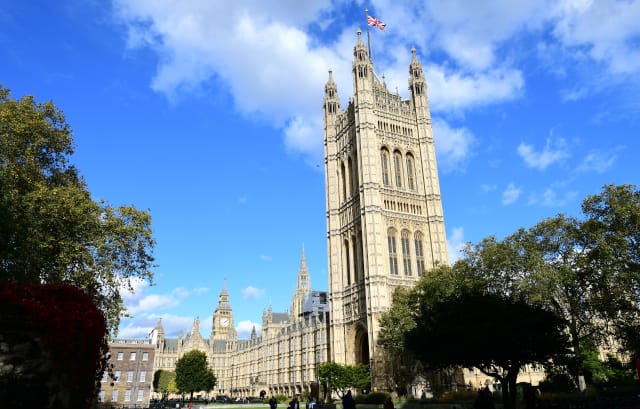 Pig semen comments by a business minister have sparked concerns over post-Brexit border checks within the UK.

Conservative frontbencher Lord Callanan confirmed pig semen would only be subject to checks when moving from Northern Ireland to Great Britain in answer to a question by Labour’s Lord Rooker.

But Labour said Lord Callanan’s response contradicted pledges made by Prime Minister Boris Johnson in 2019, with Baroness Hayter of Kentish Town remarking he would be “in trouble with the boss” for his comments.

The unusual exchange emerged as peers continued their detailed line-by-line scrutiny of the UK Internal Market Bill, which sets out the way trade within the UK will work once it is outside the EU’s single market and customs union.

The Bill aims to give UK ministers the power to override the Brexit divorce deal – known as the Withdrawal Agreement – brokered with Brussels last year, thereby breaching international law.

UK ministers have argued they need the powers to protect the relationship between Great Britain and Northern Ireland. Their arguments come amid fears Brussels could seek to disrupt food goods travelling from Britain to Northern Ireland as part of trade talks.

The Northern Ireland Protocol, which forms part of the Brexit Withdrawal Agreement, is designed to prevent the return of a hard border within Ireland.

It would keep Northern Ireland in the EU single market for goods, unlike the rest of the UK, when the transition period ends on December 31.

That will require additional regulatory checks for animal-based food products entering Northern Ireland from Great Britain, although how these checks are implemented is still being negotiated.

Lord Rooker, a former food minister, stressed the importance of livestock to the economies of the island of Ireland, and explained: “Animal genetics are just as important on an all-Ireland basis.

“For example, Elite Sires has been Ireland’s leading provider of high quality pig semen for 30 years.”

He added: “It delivers what it says – because I couldn’t argue between one piece of swine semen and another. (It’s) the best swine semen in the land all over Ireland at the time the animals are ready.”

He questioned how this would be affected by provisions in the Bill.

Lord Callanan replied: “There was considerable discussion about amendment eight, tabled by Lord Rooker, which would ensure food and animal food stuffs would not fall within scope of the mutual recognition principles.”

He added: “I was slightly struggling to understand the relevance of his comments about pig semen.

But Labour’s Lady Hayter, shadow business minister, said: “I think I have to warn him he’s in trouble with the boss because I think he admitted there would be checks at the border between Northern Ireland and Great Britain on pig semen.

“Now, the boss said no checks, no extra paperwork, so I think he may like to…”

At this point Lord Callanan shouted “no new checks”, to which Lady Hayter remarked: “No new checks, I’m getting – that’s not actually what the Prime Minister said at that reception. He said: ‘If there’s a piece of a paper, send it to me and throw it away’.

“I’m not going to make any comment about semen causing particular problems but that seems to be one of the main checks.”

Lord Callanan later struggled to contain his laughter as he used the example of selling a tin of biscuits when trying to explain an amendment to tidy up language in the Bill about hypothetical and actual sales.

Labour’s Lord Stevenson of Balmacara later noted: “He’s brought into play, and was consumed during his speech because of it, the hypothetical tin of biscuits.

“I’m so glad we don’t have details of what it is that pig semen is carried in.

“Let’s stick with the tin of biscuits as we go forward as our main metaphor for these sort of issues.”

The Bill has proven controversial and peers have already signalled they will seek to strip out the powers to enable ministers to breach the Brexit divorce deal.