Marcus Rashford to be given City of Manchester Award 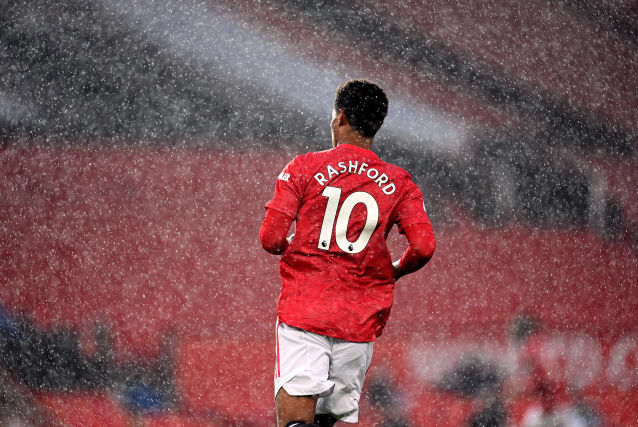 Footballer Marcus Rashford will be given a City of Manchester Award for his free school meals campaign.

Lord Mayor of Manchester Tommy Judge will announce the award at a meeting of the city council on Wednesday, with plans to present it to the Manchester United player when social distancing rules allow.

The 22-year-old striker has already been awarded an MBE for his work to tackle child poverty.

Mr Judge, who is councillor for Wythenshawe, where Rashford grew up, said: “From one Wythenshawe lad to another, this is a truly memorable moment.

“We could never have known that Marcus was going to become the world-famous footballer that he is celebrated for today, but perhaps his recent campaign to feed needy young people will become his true legacy.

“The way he and his wonderful family has stood up for what they believe in, the way they have given a voice to the powerless, has been remarkable to see.

“And the pride we feel in Wythenshawe for what he and his family have done is huge.

“So, it’s with great honour that as my first act as Lord Mayor of Manchester we bestow the City of Manchester Award to Marcus. Thank you for everything you have done for young people in this city and across the country.”

The award is given as a way of recognising “outstanding and exceptional” contributions to the city and Rashford will be invited to formally receive it at a future council meeting.