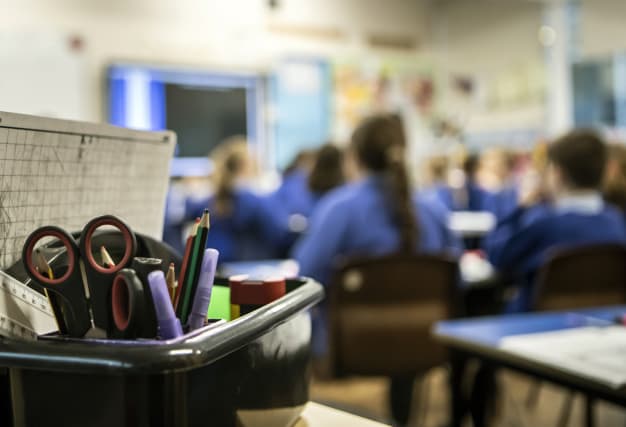 The majority of young black people have heard or witnessed racist language being used in school, a survey has found.

Nearly half (49%) of young black people feel racism is the biggest barrier to achievement in school, while 50% say teachers’ perceptions have held them back, according to research by YMCA England & Wales.

Young black people in the UK said they grow up expecting to experience racism because of the colour of their skin – and almost all (95%) said they have heard racist language or witnessed racism in school.

Nearly one in three (31%) said they experienced it all the time, while 14% said it happened regularly.

Researchers carried out a survey of more than 550 black and mixed ethnicity young people aged between 16 and 30, as well as a series of focus groups.

Young black people shared experiences of white students telling them in the presence of teachers that “black skin is not desirable” and they said that some students had called them derogatory names.

They said addressing racism in school was difficult because they feel racist language is commonplace.

“The stereotypical views that are potentially held by some teachers of young black people could be a barrier to their academic attainment,” the report warns.

The survey also found that 70% of young black people have felt the need to change their hair to be “more professional” at work or school.

They shared experiences of teachers suggesting that afro-textured hair is “untidy” and “needs to be brushed”.

“Policies or implicit standards at schools and workplaces risk causing cultural erasure for young black people if they feel prevented from being their authentic selves,” the report says.

The YMCA is calling for schools to provide unconscious bias training for all staff, review their policies through the lens of race and ethnicity, and embed anti-racist education throughout a student’s schooling.

The Department for Education (DfE) should also incorporate more black writers and academics in the curriculum to ensure young black students have inspirational role models, the charity says.

The poll also found that 86% of young black people have heard and witnessed racist language in the workplace.

They feel that employer prejudice affects their chances of getting a job, with 54% viewing bias at the recruitment stage – such as their names on CVs – as the main barrier to employment.

Denise Hatton, chief executive of YMCA England & Wales, said: “It is shameful that young black people growing up in the UK continue to do so within a society that engulfs them with racist language and discriminatory attitudes.

“For too long we have allowed systems to turn a blind eye and a deaf ear to what has been taking place right in front of our faces.

“Bias and barriers chip away at and ultimately shape the life experiences of young black people in the UK, putting them at a significant disadvantage.

“To improve the lives and experiences of young black people in a meaningful way, systems embedded within institutions must be reviewed and changed.”

Geoff Barton, general secretary of the Association of School and College Leaders (ASCL), said: “Schools work very hard to create an inclusive and respectful environment, and to stamp out racist language and abuse.

“However, this report reminds us of the need to redouble our efforts, not just in schools, but across our society.

“Children don’t exhibit racist attitudes out of a clear blue sky, but because they have picked up those views from others, and that often happens outside of the school environment. We need to do more to understand how these attitudes take root and how to prevent this from happening.”

A DfE spokeswoman said: “Racism in all its forms is abhorrent and has no place in our society. Schools play a crucial role in helping young people understand the world around them and their place within it.

“The Equality Act makes it unlawful to discriminate against pupils on the basis of their race. All schools have a legal duty to promote community cohesion, and are actively required to promote our shared values of democracy, as well as mutual respect and tolerance of those of different faiths and beliefs.”