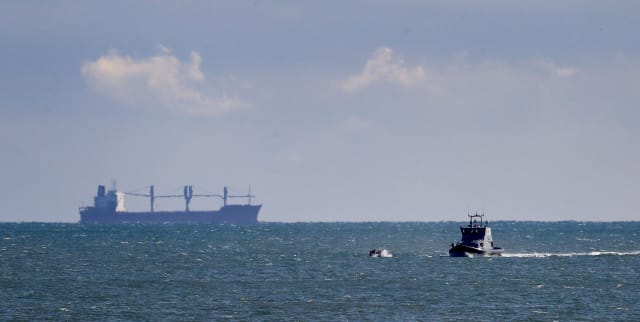 Four members of a Kurdish-Iranian family died when their migrant boat sank – and their young boy is yet to be found, according to reports.

They have been named by the BBC as Rasoul Iran-Nejad, 35, Shiva Mohammad Panahi, 35, Anita, nine, and Armin, six.

Their 15-month-old son, identified by the BBC as Artin, is believed to be still missing.

It comes as French rescuers said there is no hope of finding any more survivors from the boat which capsized in the English Channel on Tuesday.

Search and rescue boats and military resources desperately scoured the sea off the French coast for hours, looking for any survivors.

But nightfall brought a halt to the rescue operation, and searches have not resumed on Wednesday.

French authorities had said that the children who died were aged five and eight.

Following news of the deaths, Sonya Sceats, CEO of Freedom from Torture, said: “The deaths of these men, women and children are shocking.

“But sadly, it comes as no surprise to those of us who work with people fleeing torture and persecution.

“We have repeatedly called for safe and legal routes for people to access asylum in the UK and prevent these senseless tragedies.

“Instead, Home Secretary Priti Patel has spent the summer whipping up hysteria about the Channel and painting these vulnerable people as invading foreigners, for political ends.”