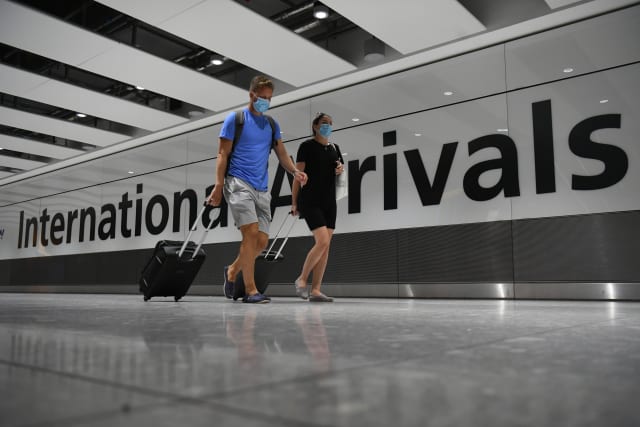 Heathrow Airport has recorded a loss of £1.5 billion in the first nine months of the year due to the coronavirus pandemic.

Passenger numbers between July and September were down by more than 84% compared with the same period in 2019, leading the west London hub to be overtaken by Paris Charles de Gaulle as the busiest in Europe.

Amsterdam Schiphol and Frankfurt are “close behind”, Heathrow warned.

Coronavirus testing regimes have been implemented at all three “continental rivals”, it added.

Heathrow’s third-quarter revenue fell by 72% year on year to £239 million, while earnings before tax and interest dropped to £37 million.

Chief executive John Holland-Kaye said: “Britain is falling behind because we’ve been too slow to embrace passenger testing.

“European leaders acted quicker and now their economies are reaping the benefits.

“Paris has overtaken Heathrow as Europe’s largest airport for the first time ever, and Frankfurt and Amsterdam are quickly gaining ground.

“Bringing in pre-departure Covid tests and partnering with our US allies to open a pilot air bridge to America will kickstart our economic recovery and put the UK back ahead of our European rivals.”