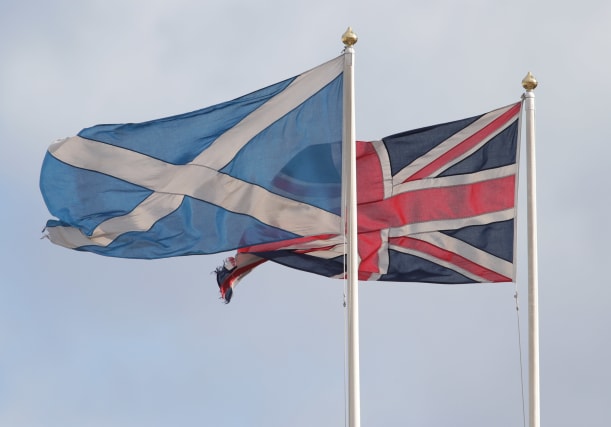 Just 3% of people in Scotland believe the UK Government has been successful in reducing the divide between high and low earners, according to new research.

The National Centre for Social Research (NatCen) found 53% in Scotland agree the Government has the greatest responsibility for reducing the pay gap – but only a small minority back its success.

In the same study with people in England, 55% agree on Government responsibility while 6% feel ministers have been successful.

The research institute said the results confirm the view that Scotland “may be slightly more ‘left wing’ than people in England”.

Other areas of the research found similarities in attitudes, with 72% of people in Scotland describing income distribution as “unfair” or “very unfair” along with 65% in England.

However around seven in 10 Scots who support independence (73%) or the SNP (70%) say the UK Government is “very unsuccessful” or “quite unsuccessful” in reducing the divide between high and low earners.

Only around half of pro-union supporters in Scotland (55%) and half of Conservative voters in England (53%) said the same.

Elsewhere, nearly half of people in Scotland (44%) said they think taxes for high earners are too low or much too low, while in England 36% think they are too low while 33% feel they are about right.

“Yet where differences in views on inequality do exist, they may reflect political identities more than anything else.

“People in Scotland who support independence are, for example, much more likely to express dissatisfaction with the British Government’s record on reducing social inequality.

“Addressing national and regional inequalities within the UK was a core theme of the Scottish independence campaign and we might expect this issue to feature prominently once again now that independence is back at the forefront of Scottish politics.”

A UK Government spokesman said: “This Government is wholly committed to supporting the lowest paid families and has already taken significant steps including raising the living wage, ending the benefit freeze and increasing work incentives.

“The Scottish Government does have significant welfare powers and can top up existing benefits, pay discretionary payments and create entirely new benefits altogether.

“The UK Government is doing everything possible to keep people safe and protect the Scottish economy from the shock of the Covid pandemic.”