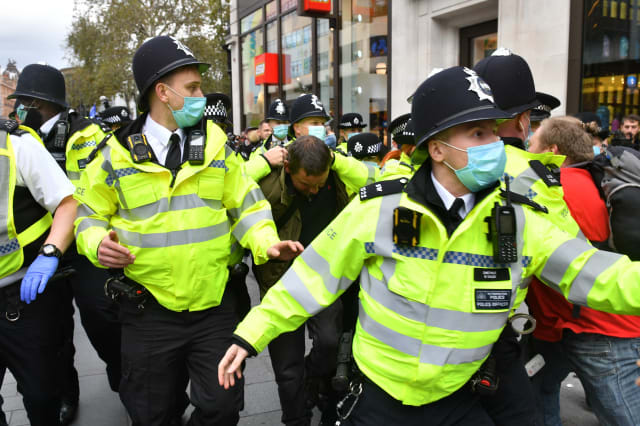 Drug offences rose by 30% during lockdown while most other types of crime recorded plummeted as a result of the coronavirus pandemic, official figures show.

Police-recorded drug crimes in England and Wales rose from 44,064 in April to June 2019 to 57,132 during the same period this year, according to the Office for National Statistics.

The figures are an exception to the general trend, which shows the levels of most other types of crime falling as the pandemic took hold, according to an ONS report published on Wednesday.

Overall, the total number of crimes recorded by police in England and Wales fell by 4% to around 5.8 million in the year to June.

The ONS said: “Police-reported crime levels were relatively stable from July 2019 to March 2020 and the annual decrease was mainly driven by substantial falls during the April to June 2020 period, particularly in theft offences.”

Billy Gazard, from the ONS centre for crime and justice, said the drop in crime levels were “mainly driven by changes in society after coronavirus lockdown restrictions were put in place.”

He added: “The most substantial reductions were seen in theft and robbery offences during the April to June quarter.

“There are indications that crime levels in June were moving back towards pre-lockdown levels.”