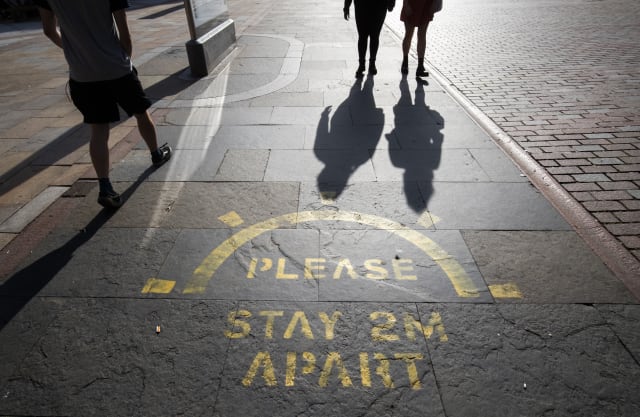 Richer households have built up savings faster than normal during the coronavirus crisis while poorer families have run them down or accumulated debts, according to the Institute for Fiscal Studies (IFS).

Its analysis suggests that the pandemic is exacerbating existing inequalities in society.

The IFS said that, for richer households, falls in income have generally been outweighed by declines in spending, meaning they have been able to shore up surplus cash into savings more quickly than usual.

The IFS said “forced saving” – declines in spending on goods and services that were substantially affected or shut down by lockdown – has tended to be greater among high-income households.

The top income fifth have reduced their spending on such goods by £195 per month typically, compared with £75 for the poorest fifth.

The poorest households tend to spend bigger percentages of their income on essentials and so often have less room to cut back.

This has led to an average £170 per month decline in their bank balances between March and September relative to what would be expected in normal times, the IFS said.

Tom Waters, a senior research economist at IFS and an author of the report, said: “The inability to spend in many shut-down sectors of the economy has led to reduced spending across the income distribution.

“However, spending falls have been higher among higher income groups, and more than outweigh falls in income, with the opposite true for the poor. This means, on average, richer households have accumulated savings faster than normal, whereas poorer households have run them down or accumulated debts.”

The IFS also said there has been little recovery in consumer spending since July, even in areas with relatively few Covid-19 cases.

After shops and other venues reopened in June, consumer spending started to rebound.

But the IFS said the recovery stalled at the end of July, and even by the end of September spending was still at 89% of the level seen at the same time in 2019. It said that even across local authority areas with relatively low coronavirus case counts, spending has followed a similar general pattern.

Spending on the hospitality sector, which often employs lower earners, remains particularly behind.

For example, spending on groceries is up by around 10% on 2019 levels, while takeaway spending has increased by 60% as people have spent more time at home.

But in restaurants and pubs, holidays, and transport the spending recovery has petered out. Those in the still-struggling sectors are disproportionately low earners, the report said.

The shift towards online shopping also means that people’s spending habits are not necessarily directly linked to whether they are living somewhere that has higher or lower cases of the virus.

Alex Davenport, who also authored the report, said: “The recovery in consumer spending initially seen following the easing of lockdown appears to have stalled, and spending in certain sectors remains well below levels seen in previous years with little change since the end of July.

“This will have potentially devastating consequences for businesses in those sectors, and is true nationwide, even in areas where Covid-19 prevalence is still relatively low.”

“The poorest were the least able to cut back on spending, as much of their expenditure is on daily essentials.

“Coupled with income falls, they saw their bank balances reduce by nearly £200 a month, whilst those on higher incomes saw increases of nearly £400 a month.

“Finances for those on the lowest incomes are likely to deteriorate further, especially if the Government does not extend the £20 a week uplift to Universal Credit beyond March next year.”

Commenting on the report, Sarah Pennells, head of financial capability at Royal London, said: “Coronavirus discriminates when it comes to the financial consequences, with wealthier people effectively getting a ‘Covid-19 bonus’. Even if they’re earning less, their spending has fallen by more.

“Anyone who’s been working from home is probably saving on the cost of commuting, lunches and after work socialising, which all adds up. But it’s a very different picture for poorer households. It’s particularly worrying that some poorer households are building up debt, as being in debt doesn’t just affect your finances, it can affect your mental health as well.”