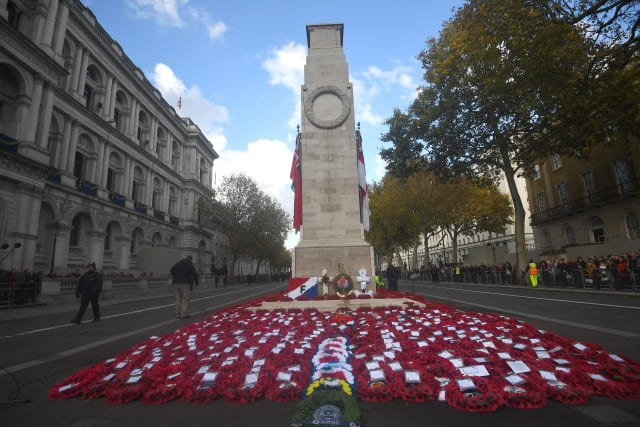 Politicians, actors and veterans are urging greater recognition of black and Asian soldiers who served during the Second World War, ahead of Remembrance Sunday.

In an open letter, signatories including actor Adrian Lester, former chancellor Sajid Javid and comedian Meera Syal call for more to be done in highlighting the role of service personnel from across the Commonwealth.

Former military chiefs Lord Dannatt and Lord Richards are also among those supporting the Remember Together campaign, which urges “better education, commemoration and documentation of our shared history”.

“Soldiers of different colours and creeds came from across the Commonwealth to play a crucial role in defending the freedoms we enjoy today,” the letter says.

“The armies that fought in the Second World War were the largest multicultural force that has ever served together, and are more reflective of the modern day ethnic diversity we see in Britain today, than the Britain of 1939 to 1945.

“The service of Commonwealth soldiers is one of many examples of how the history of Empire and decolonisation shaped modern Britain.

“We need to recognise that and engage with all of its complexity and controversies in an open, honest and constructive way as a key foundation for understanding the society that we share today.”

It ends that, in a year that has marked the 75th anniversary of VE and VJ Day, contributions of soldiers from across the Commonwealth should be “reflected and acknowledged”, making Remembrance activity “truly inclusive”.

Commenting on the campaign, former home secretary Mr Javid said: “No-one told me, growing up as a Pakistani-background kid, about the million soldiers who fought for Britain in World War Two and looked like me.

“So I support the Remember Together call to ensure their service is remembered. It can only be good for our society if we better understand this history that we all share.”

Windrush campaigner Patrick Vernon, author of 100 Great Black Britons and a signatory of the letter, acknowledged that due to the coronavirus crisis, many people will be marking the fallen at home.

“This is a time for us to reflect on contribution, recognition and trying to have a better society,” he told the PA news agency.

“The reason why the war happened was it was fighting against tyranny and fascism, and we want to make sure that Britain is an inclusive society, a multicultural, multi-secular society.

“And that’s why the concept of Remember Together is really, really critical. It’s a shared history and that has to be inclusive too.”

An online event is being held to mark the initiative’s launch Thursday, bringing together expert voices on history, education and race to discuss how to mark the contribution of black and Asian soldiers in the Second World War.