Welsh education minister to stand down at 2021 Senedd elections 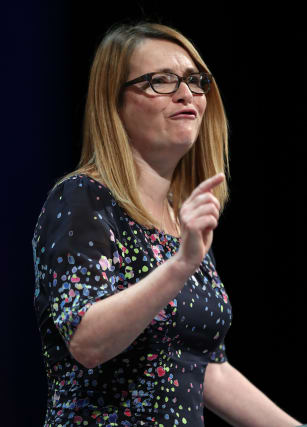 Wales’s education minister has said she will stand down at next year’s Welsh Parliament election.

Kirsty Williams said that, after “a great deal of thought and reflection”, she will not contest her Brecon and Radnorshire seat in the May 2021 poll.

Her decision could have a bearing on the make-up of Wales’s next government, as she is the sole Liberal Democrat MS in the Welsh Labour-led minority administration.

Ms Williams is also the only Lib Dem serving as an MS in the Senedd, having first been elected in 1999, and has been the country’s education minister since 2016.

In August she apologised “directly and unreservedly” for the effect Wales’s controversial A-level grading system had had on students, after statistical models were initially used to award exam results.

In Wales, 42% of A-level results predicted by teachers were lowered by Qualifications Wales, leading to claims that its algorithm, which took into account the past performances of schools, had unfairly downgraded less privileged pupils.

Ms Williams is also currently involved in discussions with other UK nations on whether university students will be asked to self-isolate before returning to their homes for Christmas.

In a letter to the chairwoman of Brecon and Radnorshire Liberal Democrats, Ms Williams said: “After a great deal of thought and reflection, I have decided not to stand as a candidate at the next Senedd election.

“There is, of course, sadness in making this decision, but also a sense of achievement and pride.