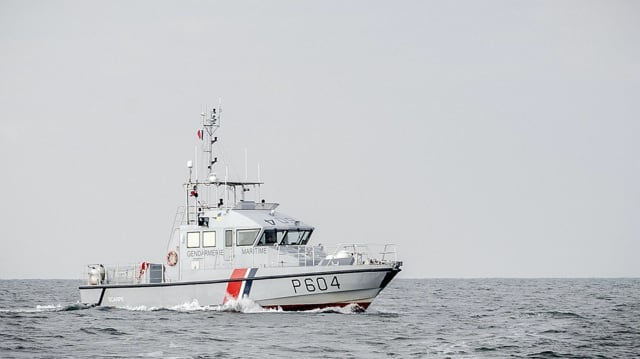 Four people including two young children have died after a migrant boat sank off the coast of France.

More than a dozen people have been taken to hospital and searches are ongoing for any others caught up in the tragedy.

It is believed to be the single biggest loss of life during the current migrant crisis, and brings the total number of deaths since 2018 to 10.

Military resources and civilian boats have been involved in the rescue operation after the vessel was seen in difficulty near Dunkirk.

The people on board are thought to have been trying to cross to the UK, despite wind gusts of up to 18mph.

The alarm was raised by a yacht which notified search and rescue.

French patrol boats and a helicopter from the Belgian air force were dispatched as well as a fishing boat.

Fifteen people were taken to hospitals in Calais and Dunkirk, according to the Maritime Prefecture of the Channel and the North Sea.

The search operation is continuing and French authorities stress any assessment on numbers is provisional.

She said: “We are grieving for the victims, we stand in sympathy and solidarity with their families and friends.

“It is cruel and horrifying that this time, young children are among the victims.

“This unnecessary loss of life has to stop. No one should ever feel they have to get into a fragile craft and risk their lives crossing the Channel, least of all vulnerable children.”

She called for the incident to be a “wake-up call” for those in power in the UK and France.

Dover MP Natalie Elphicke, who has been outspoken on the issue of Channel crossings, tweeted: “It is terrible that tragedy has struck in the Channel again. People traffickers have no regard for life, no matter how old or young.

“These perilous crossings must be stopped, once and for all, before there is more loss of life in these stormy winter seas.”