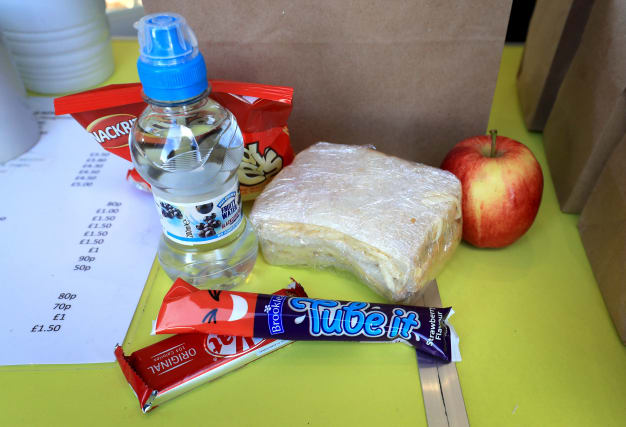 A Conservative MP has been criticised for suggesting “chaotic parents” can be to blame for sending their children to school hungry so they are unable to concentrate.

John Penrose, a former minister who is married to NHS Test and Trace chief Baroness Harding, made the remark in a letter to a constituent as he defended voting against extending free school meals.

Mr Penrose argued that the root causes of poverty should be focused on as the Government faces public anger after refusing to extend the meals into half-term and beyond.

The backbencher added: “Practical measures which make a genuine difference to the causes of poverty include things like the Pupil Premium, which gives schools extra funding for disadvantaged pupils; breakfast clubs, which help children with chaotic parents who send them to school without breakfast so they can’t concentrate properly…”

Shadow education secretary Kate Green criticised Mr Penrose’s remarks and said it is not too late to “do the right thing” and back free school meals over the Christmas holiday.

“It is completely unacceptable for a Conservative MP to blame parents for the challenges created by his own Government’s chronic incompetence,” the Labour MP said.

“Children are at risk of going hungry because of a decade of stagnant wages and cuts to social security. Not only have the Conservatives voted against helping these children, they are now blaming their parents.”

The letter, which was posted to Twitter by a man saying he is a constituent of the Weston-super-Mare MP, comes after a separate controversial comment from a Tory colleague.

Mansfield MP Ben Bradley, who later argued his remark was “totally taken out of context”, replied to a tweet that described the free school meals programme as “£20 cash direct to a crack den and a brothel” by saying: “That’s what FSM vouchers in the summer effectively did…”

The Mirror, which first reported Mr Penrose’s letter, quoted the MP as defending the contents of the letter.

“I’m afraid this says more about the small anti-Tory prejudices of a couple of local Labour activists than about what’s really in my letter, which is clearly about how breakfast clubs can be a valuable way of dealing with one of the causes of poverty, not about everybody else who uses breakfast clubs too,” he said.

Mr Penrose’s wife, Baroness Harding, has faced criticism over her handling of the coronavirus Test and Trace system.

Shadow health minister Justin Madders said: “He ought to look at the management of Test and Trace if he wants to know what chaotic really is.”

Ministers are examining how holiday clubs could be used to feed hungry children in England in an effort to resolve the free school meals row.