Tesco failing to be ‘Covid-safe’ by not enforcing mask use, Andy Burnham says 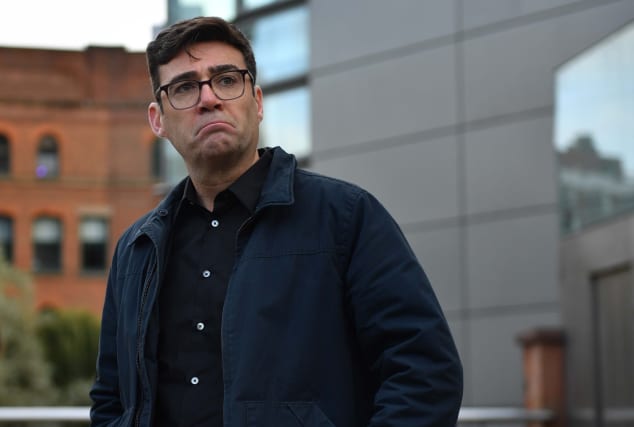 Supermarkets including Tesco have failed to make stores “Covid-safe” by not enforcing the use of masks, Greater Manchester mayor Andy Burnham has said.

He said local leaders had unsuccessfully demanded greater coronavirus powers from the Government to take action to temporarily shut down irresponsible stores.

And he singled out retail giant Tesco for allegedly not taking “a responsible attitude” to masks as he gave evidence to the Lords economic affairs committee on Tuesday.

Mr Burnham, who resisted Tier 3 lockdown measures for his region while demanding greater funding, said local leaders had also called for “summary closure powers” for firms “not deemed to be Covid-safe”.

“I’m not just talking about pubs and restaurants. There are large supermarkets in Greater Manchester who in my view have not properly implemented the requirements around face coverings,” he said.

“And I’ll name one chain: Tesco.

“I don’t believe they’ve taken a responsible attitude to this issue. They’ve said it’s not for them to enforce. Well, I do think it is for those organisations to enforce.”

The Labour mayor said the local enforcement powers to temporarily close venues failing to adhere to the Covid-19 rules would be a better approach than “blanket restrictions”.

The criticism comes after Tesco was forced to apologise for wrongly suggesting sanitary products were “non-essential” and therefore could not be sold under new restrictions in Wales.

Prime Minister Boris Johnson eventually imposed the toughest coronavirus restrictions on Greater Manchester after the row with Mr Burnham and other local politicians, including Tories.

Under the Tier 3 measures for English areas, pubs and bars that do not serve substantial meals have been ordered to close and household mixing is banned indoors.

Across the UK, masks are compulsory on public transport and in shops and failure to wear them can result in fines.

Guidance from the Westminster Government states that premises “should take reasonable steps to promote compliance with the law” but enforcement powers lie with the police.