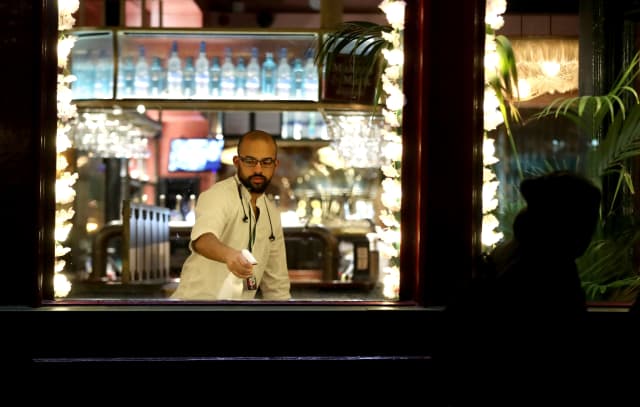 Revolution Bars plans to close six of its sites as it turns to creditors for help after the Government’s 10pm curfew cut its sales by more than a third.

The company said its subsidiary, Revolution Bars Limited, is to set up a company voluntary arrangement (CVA) as it tries to slash costs.

Creditors will vote on November 13 to accept the deal, which includes plans to close six bars, and reduce rents at seven others.

Chief executive Rob Pitcher said: “The CVA proposed by the group’s Revolution Bars Limited subsidiary entity, if agreed by landlords, is another proactive step to lower outgoings to help safeguard the future of the group and improve long-term performance.”

Revolution Bars’ comparative sales had been bouncing back before the curfew was put into place, reaching nearly 78% of last year’s levels in the three weeks before the restriction was introduced.

However, since then sales have fallen to less than half of last year’s levels, at 49.4%.

The company said it expects the important Christmas period to be “severely compromised” and that it will not be possible to return to “near normal levels” before spring at the earliest.

Mr Pitcher added: “Throughout this extended period of distress caused by Covid-19, the group has sought to prioritise the health and wellbeing of its staff and customers, minimise its cash consumption, maintain good levels of liquidity to ensure its ongoing viability, and to be in a position to take advantage of opportunities that may arise once restrictions are lifted.”

The subsidiary, Revolution Bars Limited, runs 50 sites across the UK. The company did not say which six bars are expected to close, or if jobs will be lost.