Post-Brexit trade deal ‘likely but will not be easy’ 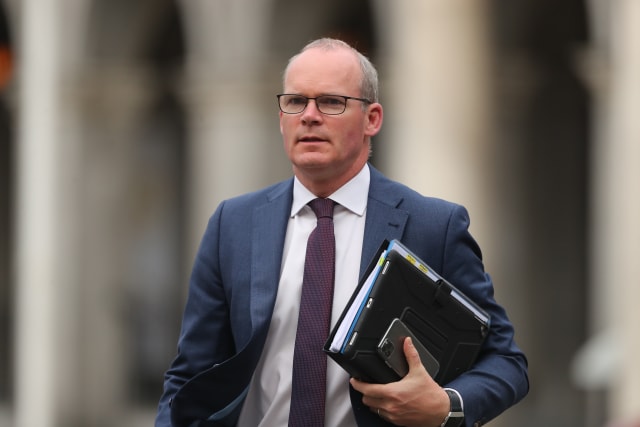 Ireland’s Foreign Affairs Minister has said a post-Brexit trade deal is “likely” but it will not be easy.

Simon Coveney described talks between the EU and the UK as currently being in a “very serious zone” and said he is “under no illusion of the challenges” as they try to come to an agreement.

He said the next 10 to 14 days is the “realistic” timeline now “to complete this”.

“We’re likely to get a deal but it won’t be easy,” Mr Coveney said.

Talks between the EU and the UK on a post-Brexit trade deal will take place in Brussels from Thursday.

The EU, led by Michel Barnier, and the UK, led by Lord Frost, have been meeting in London since the negotiations restarted last week.

Mr Coveney made the comments on Tuesday during a Irish Farmers’ Journal webinar.

The Fine Gael TD said the EU is working towards a “no trade deal Brexit” and there will be “no more extensions of time” when it came to the negotiations.

“There’s no such thing as a no-deal Brexit any more, what we’re now fighting for is a no trade deal Brexit which from an agricultural perspective would be hugely disruptive on many, many levels,” he said.

“We’ve got to be ready for January 1, there’s going to be no more extensions of time, no more transition periods.

The Cork South-Central TD said there will be a new trading environment on January 1 whether or not a trade deal is reached.

“If there’s no trade deal it’ll be on the basis of WTO standards,” he said.

“If there is a trade deal that will avoid tariffs and quotas but we will still unfortunately have a lot of disruption to trade.”

He warned it will take “some getting used to” for many businesses and they need to prepare for January 1.

“This is a new reality, we wish it wasn’t happening but it is,” he said.

“Businesses have 65 days to get their act together.”

Mr Coveney added: “Can we get a deal? Yes we can. This is doable but difficult.”

He said if a trade deal was not secured it would make it difficult for Irish exporters to remain competitive in the UK.

Every year Ireland exports about 5.5 billion euro worth of food and drink to the UK.

In the absence of a trade deal tariffs worth between 1.35 billion and 1.5 billion euro would be levied, Mr Coveney said, which he said was “not sustainable” when it came to remaining cost competitive in the UK.

In such a scenario Mr Coveney said in the short term Irish products would become more expensive, but in the medium term the UK could “look elsewhere” for cheaper products.

'Right and sensible' to put London into Tier 2, says Mayor