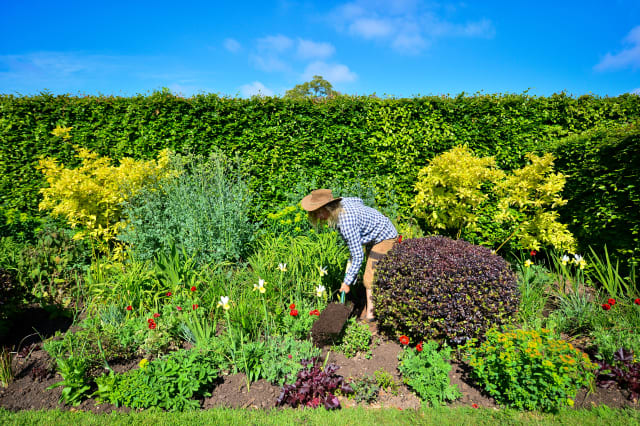 Peat made up less than half of the compost sold to gardeners and used to grow plants by the horticultural industry for the first time in 2019, a report has shown.

It also revealed a fall in the total volume of peat sold across the horticultural sector, from 2.8 million cubic metres in 2011 to 2.1 million in 2019.

The shift has been welcomed by industry and by the Government, which aims to phase out the use of peat in horticulture to protect peatland habitats and reduce carbon emissions which are released when they are damaged.

A separate Coventry University study for the sector warns that progress towards targets set a decade ago – to end peat use by amateur gardeners by 2020 and by commercial growers by 2030 – were falling short.

Early efforts to promote alternatives to peat were stymied by poor quality and while research and trials have transformed products, challenges still exist with securing sufficient volumes of good quality alternatives at a reasonable price, it said.

The study makes a series of recommendations to deliver sustainable growing media, including consistent labelling, ongoing research and development into alternatives to peat, full assessment of supplies of products, communication with gardeners and growers, and calls for government support.

The share of growing media sold to the public that was specifically peat-free fell between 2015 and 2019 – but that was offset by a fall in the use of peat in other products such as multipurpose compost.

Other materials used instead of peat include coir or coconut fibre, woody materials and green compost such as food waste.

The report warned of issues sourcing alternative materials including competition for wood with biomass energy plants and a reduction in the supply of labour available to produce and process coir in Sri Lanka and south east India due to Covid-19.

Neil Bragg, chairman of the Growing Media Association, said: “The essential requirement for growing media within horticulture means that the industry fully understands the need to address issues around its composition and is committed to working with others to navigate the complexities of doing so.”

Environment Minister Rebecca Pow said the new data showed the investment manufacturers and retailers have made in peat replacements was starting to feed into the market.

“We are absolutely committed to phasing out the use of peat in horticultural products in England and want this transition to be as seamless as possible for the industry,” she said.

Evergreen Garden Care, makers of Miracle-Gro and Levington, said it had reduced peat use by 50% by offering peat-free alternatives, relied less on peat across all its products and was planning to launch a comprehensive peat-free range in 2021.

Bulrush Horticulture, which supplies consumers and professional growers, said it had reduced peat by 32% across the business, had its own Forest Gold wood-fibre alternative and was working with professional growers to reduce their reliance on peat while maintaining the quality of plants.