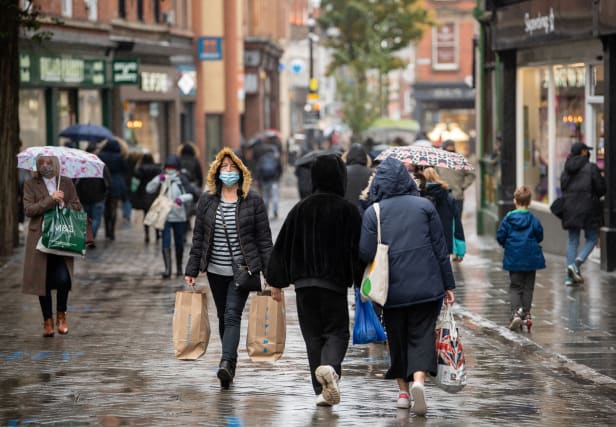 The Government is yet to provide further details on how the new Tier 3 coronavirus controls will impact Nottingham and its surrounding boroughs.

Tougher Covid-19 rules for Nottingham city and the Broxtowe, Gedling and Rushcliffe borough council areas will come into force on Thursday.

Finer details of the measures were expected to be outlined on Tuesday, but have since been delayed.

Nottingham South MP Lilian Greenwood has since claimed the delay was due to ministers wanting to extend the restrictions for the whole of Nottinghamshire.

“The Government still haven’t provided the public with the information that explains why extra restrictions are needed or what those restrictions will be. Public trust is being undermined by their woeful communications.

“Now we hear the announcement has been delayed because ministers want to extend Tier 3 to all of Notts – as I and others have been saying for days.

“Once again this Government are dithering and delaying – and our constituents, our hospitals and local businesses in our city are paying the price.”

A joint statement from the councils involved, as well as Nottinghamshire County Council, said: “We appreciate that our communities and businesses are awaiting clarity and certainty about how the Tier 3 measures will impact on them.

“We await confirmation from government about their progress in drafting the necessary legislation for Nottingham, Broxtowe, Gedling and Rushcliffe. At the earliest opportunity, we will publish details of the measures and package of support.”

It is understood that councils managed to convince ministers to allow gyms, cinemas, theatres, hair salons and barber shops to remain open, during a week of intensive negotiations over specific controls for the area.

Nottingham will join Warrington as well as the Liverpool City Region, Greater Manchester, Lancashire and South Yorkshire in having fresh restrictions imposed in Tier 3.

Rushcliffe Borough Council leader Simon Robinson told the PA news agency he believed the measures were supported by a “majority” of residents.

He said people were showing “a lot of resilience, because people understand we need to get on top of the virus”.

Shedding some light on the negotiations with the Government, councillor John Clarke, Gedling Borough Council’s leader, told PA local authorities had acted with a “united front”.

He added gyms had been a “hot topic” but said “we managed to turn that round yesterday and we’re very pleased that we did”.

“One of the other contentious things was about cinemas and we’ve got a small cinema and theatre, reduced down from 200 seats to 25, and people are thoroughly enjoying it,” said Mr Clarke.

“We’ve got one of the few pantomimes left in the city, up at Nottingham Playhouse – so we’ve saved the panto.”

He added the councils “didn’t quite succeed” on getting an allowance for visiting hairdressers, but there was agreement on salon-based premises “staying open” as well as visiting podiatrists operating.

Councils had also been keen to pin down “an exit strategy”, securing a 28-day review date.

Mr Clarke added: “I am hopeful everybody will pull together, get on the right end of the rope, pull it and let’s get this sorted in 28 days.

“Failing that, there will be dozens of businesses going to the wall.”

Mr Robinson explained the economic package on offer was in “two sides”, with more money for councils’ enforcement teams to make sure people follow the rules and grants for affected businesses.

“Our offices are working right now to make sure we can get that money out there as quickly as possible to the businesses that will desperately need it once restrictions are announced,” he said.

The announcement of south Nottinghamshire’s measures also promised a review after 28 days, with Mr Robinson saying that will be a regular process.

He said: “We’ll all be analysing that data to see what impact the restrictions are actually having.

“We do need to see it come down, not plateau. Plateau won’t be good enough.

“We’ve got to actually see these infection rates coming down, particularly in the over-60s.”