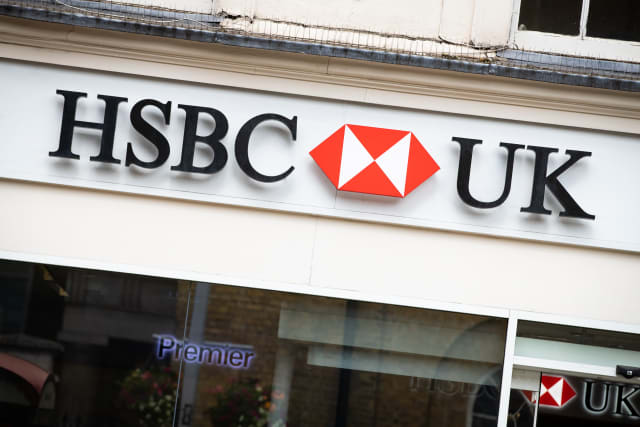 One of the world’s biggest lenders has warned that record-low interest rates around the world could challenge the banking sector long term, as it set out to re-think its strategy.

The reduction came largely as a result of lower net interest income, as interest rates were slashed by central banks around the world.

Even before the Covid-19 crisis, the interest rates set by central banks had not recovered from the shock of the financial crisis more than a decade ago.

It meant that, when Covid-19 hit, rates could not drop much lower.

In March, the Bank reduced its base rate to 0.1%, and has not ruled out rates turning negative, as they have elsewhere in the world.

“This raises a number of risks and concerns, such as the readiness of our systems and processes to accommodate zero or negative rates, the resulting impacts on customers, regulatory constraints and the financial implications given the significant impact that prolonged low interest rates are likely to have on our net interest income,” HSBC said on Tuesday.

It added that these, and other factors “may challenge the long-term profitability of the banking sector, including HSBC, and will be considered as part of the group’s transformation programme.”

That programme includes steering away from net interest income as its main source of income, and focusing more on making money through fees, said Fiona Cincotta, an analyst at City Index.

“This marks a huge shift in strategy but one that make absolute sense given the rock-bottom interest rates that have dominated the banking scene for years and are look set to stay for the foreseeable future,” she said.

However, HSBC’s third-quarter results were not all doom and gloom for investors.

The bank now expects that its losses will be at the lower end of the 8 billion to 13 billion US dollars (£6 billion to £10 billion) that it had previously expected.

Chief executive Noel Quinn said: “These were promising results against a backdrop of the continuing impacts of Covid-19 on the global economy.

“I’m pleased with the significantly lower credit losses in the quarter, and we are moving at pace to adapt our business model to a protracted low interest rate environment.

“We are accelerating the transformation of the group, moving our focus from interest-rate sensitive business lines towards fee-generating businesses, and further reducing our operating costs.”