Exams will disadvantage pupils in north of England, according to thinktank 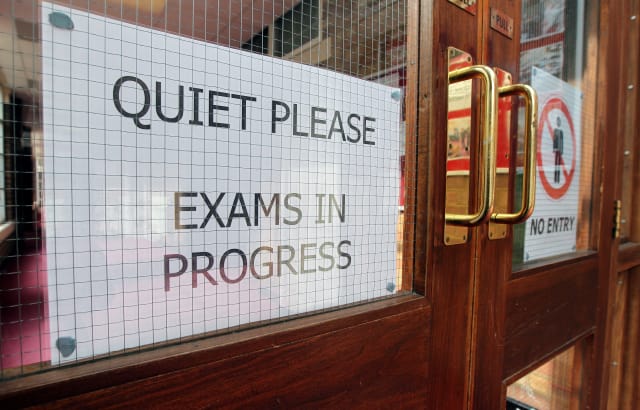 Pupils in the north of England will be at a disadvantage if the Government presses ahead with plans for exams next summer, according to a thinktank.

Figures show secondary school attendance rates in some local authorities in the north have been as low as 61% as coronavirus infection rates in the areas have risen.

The Northern Powerhouse Partnership has called for coursework to be used to assess GCSE and A-Level students instead of exams.

Head of policy for the partnership Sarah Mulholland said: “The Northern Powerhouse Partnership remains very concerned that students across the north are at a disadvantage if the Department for Education opts to go ahead with GCSE and A-Level exams next summer.

“Northern students are the ones currently being impacted negatively by high infection rates and self-isolation.

“We appreciate the Government’s desire to try and keep things as normal as possible but this is now not possible in many northern communities.

“We urge the Government to commit to continuous assessment as it is a fairer alternative to the proposed examination plan.

“It would also reduce the risk of a similar fiasco such as we saw this summer.

“Assessing children this way, if it is planned in advance, may in fact be more rigorous than what is proposed if plans were to have to change at short notice.”

Statistics for October 15 showed in Knowsley, which is subject to the Tier 3 restrictions as part of Liverpool City Region, there was 61% attendance for pupils in secondary schools which responded.

The figures, which were placed in the House of Commons library following a written question from Wirral West MP Margaret Greenwood, showed the North West and Yorkshire and Humber were the regions with the lowest attendances in their secondary schools, at 81%.

The South West had the highest rate of pupil attendance at 90%.

The Government has said exams will go ahead in 2021, but will be held three weeks later than usual.