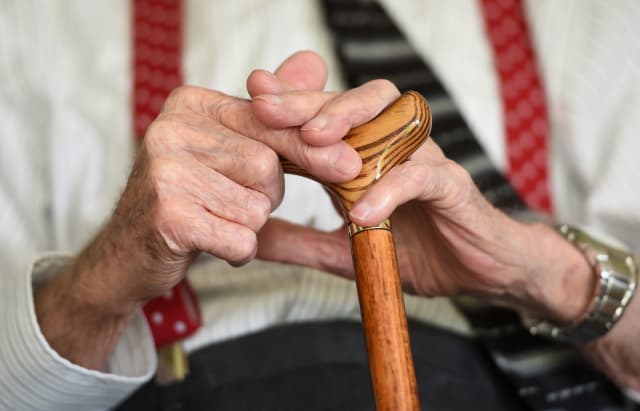 A charity fighting for the rights of dementia patients to have family support during the pandemic is taking urgent legal action against the Government over its guidance on care home visits.

John’s Campaign claims safety measures set out by the Department of Health and Social Care (DHSC) amount to a blanket ban on family visits to residential care in high-risk areas of the country.

It believes that limiting family visits to dementia and Alzheimer’s patients has contributed to the 79% rise in deaths between March and September recently reported by the Office for National Statistics.

It is the largest increase in non-Covid mortalities compared with any other health condition.

John’s Campaign was founded by writers Nicci Gerrard and Julia Jones in 2014.

Mr Gerrard was severely restricted from seeing his father, an Alzheimer’s patient, in the last weeks of his life due to infection control measures in hospital.

The campaign paused the process of bringing a judicial review this summer when the DHSC promised impending updates to shielding guidelines would clarify the situation.

But it claims the tier system introduced on October 15 has made the situation significantly worse in Tier 2 and Tier 3 areas.

The guidance states visits in high and very high risk areas “should be limited to exceptional circumstances only such as end of life”.

In court documents submitted this week, John’s Campaign argues the guidance mis-states the law, and instead all care home providers are under a legal obligation to carry out individual risk assessments.

The campaign cites the Government’s Social Care Task Force, which has commented: “Importantly, we have heard that visits can happen safely and in a way consistent with infection control, but individual risk assessments are crucial to this.”

One senior infection control nurse told the campaign the restrictions had led to multiple examples of “suffering both physical and mental deterioration exacerbated by restrictions”.

They said they had seen “the most heartbreaking stories I have come across in my 30-year career as a nurse”.

Mr Gerrard and Ms Jones said: “The cruel and unnecessary gap between the law and the Government guidance has already caused deterioration and premature death among many of those living with dementia in care homes, and has inflicted anguish and despair on thousands of residents and on their families.

“We hope that – after unacceptable delays to the legal process – the Government will finally proceed swiftly, so that this inhumane situation can be brought to an end and men and women who are in the last stage of their life can be reunited with those they need and love and have sorely missed.”