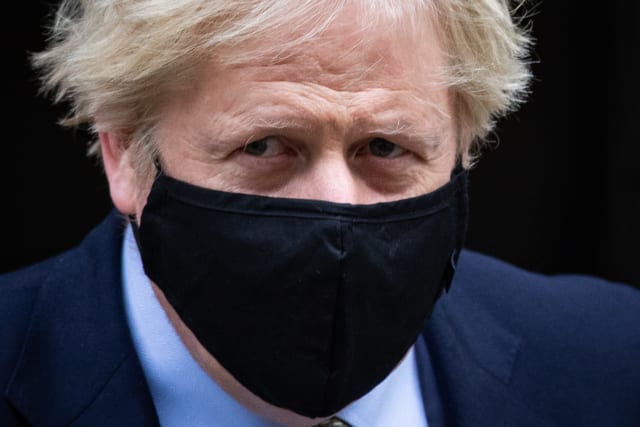 Boris Johnson faces pressure from scientific advisers for tougher coronavirus restrictions at the same time as northern Tory MPs have demanded to know how lockdowns will be eased.

The Prime Minister has been warned by a group of more than 50 Tory backbenchers representing northern constituencies that the pandemic is threatening his election pledge to “level up” the country as they called for a “road map out of lockdown”.

But Professor Wendy Barclay, a member of the Scientific Advisory Group for Emergencies (Sage) warned that nothing short of the full lockdown seen in March had managed to control the virus.

Prof Barclay, from Imperial College London, suggested that Tier 3 restrictions, the tightest currently in use in England, may not be enough.

“The total lockdown that we had back in late March was enough to turn the tide, and get the virus back under control,” she told Times Radio.

She acknowledged it was a “very difficult balancing act” to allow people to get on with their lives while trying to reduce the spread of the virus.

The scale of the challenge was underlined by Office for National Statistics figures showing the number of deaths involving Covid-19 registered in England and Wales has risen for the sixth week in a row.

A total of 670 deaths registered in the week ending October 16 mentioned Covid-19 on the death certificate.

North-west England had 229 deaths involving Covid-19 registered, the North East had 93, Yorkshire and the Humber had 87.

Analysis of official figures show more than 61,000 deaths involving Covid-19 have now occurred in the UK.

More than eight million people in England, predominantly in the North, will be under the most stringent Covid-19 restrictions by the end of the week, with Warrington the latest area to be placed in Tier 3.

The measures, which came into force in the early hours of Tuesday, mean pubs and bars in the Cheshire town must close unless they serve substantial meals.

Households are also banned from mixing indoors or in private gardens and beer gardens, while betting shops, adult gaming centres, casinos and soft play centres have been shut.

The North-South divide in the tier system has sparked concern among Tory MPs, with the newly-formed Northern Research Group writing to the Prime Minister to express their fears.

Mr Berry said: “Our constituents have been some of the hardest hit by this virus with many losing jobs, businesses, and livelihoods.

The ex-minister insisted he was not leading a “revolt” against Mr Johnson, telling BBC Radio 4’s Today: “I don’t know how it can be a revolt for northern MPs to write to the Prime Minister to ask to work with him on delivering his exciting manifesto that he has a mandate for from December 2019.”

The northern seats were instrumental in Mr Johnson’s election victory as the so-called “Red Wall” in former Labour heartlands crumbled.

Further changes in the tier system are expected to see Nottingham and the boroughs of Broxtowe, Gedling and Rushcliffe move into the top level of restrictions on Thursday.

With Liverpool City Region, Greater Manchester, Lancashire and South Yorkshire already in Tier 3, the latest changes will mean 8.2 million people in England living with major curbs on their freedoms.

Business Minister Nadhim Zahawi said Tier 3 areas were subject to 28-day reviews and that bringing the virus under control was the route out of the restrictions.

He told LBC Radio: “There is some good news.

“I have to be very cautious about this… but what I would say if you look at the data, where we are working really well together, the rate of increase has slowed down.

“It’s still too high, and we’ve got to continue to protect our hospitals, make sure that we save lives, protect the NHS and of course protect livelihoods and businesses, which is why this is a balancing act.”

He added: “It’s a choice between two harms – the harm of the virus and the harm to the economy and to livelihoods, which ultimately also leads to health harms as well.”

– Research by Imperial College London estimated that more than 95% of England’s population is unlikely to have the antibodies needed to protect them from coronavirus, and there is a possible decrease in immunity over time after infection.

– Liverpool mayor Joe Anderson, whose brother Bill died with Covid-19, has backed the idea of a fourth tier of Covid-19 restrictions, telling BBC Breakfast: “It has taken untold damage on people’s wellbeing and a huge toll on families where people have died.

“If anything was required to bring it down faster I would do that.”

– Members of the Scottish Parliament will debate a new five-tier system of restrictions.