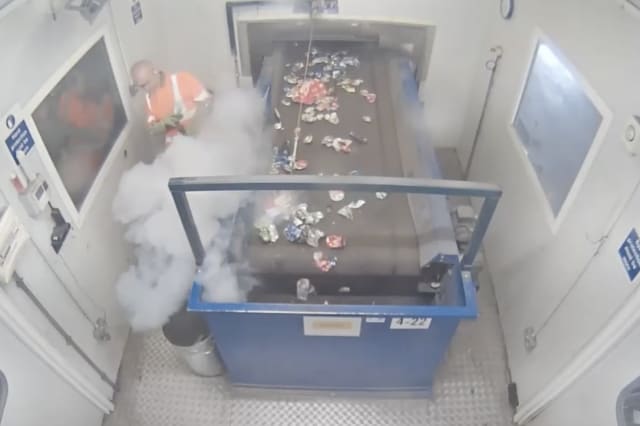 Article and video by Storyful

Consumers are being urged to be careful of how they dispose of batteries following a spate of fires caused by dead "zombie batteries" at UK waste and recycling centres.

The Take Charge campaign, launched by the Environmental Services Association (ESA), is hoping to reinforce the message that dead batteries should only be recycled using specialist services.

"Dead batteries thrown away with other waste and recycling, which the campaign refers to as 'zombie batteries', are likely to be crushed or punctured once the waste is collected and processed," ESA said.

"Some battery types in particular, like lithium-ion (Li-ion) and nickel-metal Hydride (NiMH), can ignite or even explode when they're damaged. Once this happens, the batteries can set fire to other materials present in the waste, like paper, leading to serious incidents in some cases that can put lives at risk."

The recycling and waste management trade body said between April 2019 and March 2020 the proportion of all fires reported at ESA members' recycling and waste facilities suspected to be caused by lithium-ion batteries rose from around a quarter to more than a third (38%) year-on-year. This equated to around 250 fires started by a li-ion battery.