What are the rules of the three-tier system and what areas do they cover? 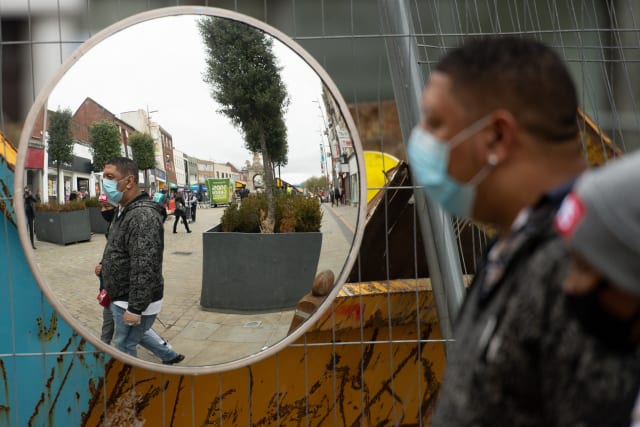 A seventh of England’s population will be in the highest level of restrictions by the end of the week as Warrington and Nottingham enter Tier 3.

More than eight million people will be living under the toughest coronavirus measures as winter looms, but what does it mean and what can you do?

Here’s what you need to know about the tier system.

The UK Government confirmed on Monday that Warrington will be relegated to Tier 3 on Tuesday, with Nottingham and the boroughs of Broxtowe, Gedling and Rushcliffe set to join it on Thursday.

They join Greater Manchester, which was forced into top tier restrictions at midnight on Saturday despite the best efforts of Mayor Andy Burnham for extra support for the city.

Large areas of South Yorkshire including Barnsley, Doncaster, Rotherham and Sheffield were also placed into Tier 3 at the same time, after the region secured a £41 million funding package.

Liverpool City Region has been languishing in Tier 3 since October 14, and was joined by Lancashire two days later.

– What does Tier 3 mean exactly?

Expect extreme curbs to your social life – social mixing is banned both indoors and in private gardens, while pubs and bars must close unless they can operate as a restaurant.

The rule of six applies in some outdoor settings such as parks, public gardens and sports courts.

Deliberately flouting the rules can net you a fine of up to £6,400, while those who organise gatherings of more than 30 people can be fined up to £10,000.

Local leaders help the Government to determine whether other venues should be closed, such as gyms or casinos.

Shops and places of worship can remain open, as can schools and colleges, while universities must reflect wider restrictions with the option to move to greater online provision.

Up to 15 guests are allowed at weddings and 30 people can attend funerals, with 15 allowed at wakes, but wedding receptions are not permitted.

People living in Tier 3 areas are advised against overnight stays in other parts of the UK and should avoid travel where possible in and out of the area, unless it is for work, education or caring responsibilities.

Number 10 confirmed that, under Tier 2 and 3 rules on household mixing, people can still meet up for work meetings indoors under certain circumstances.

Areas categorised as high risk have restrictions on household mixing indoors, while the rule of six continues to apply outdoors.

People must not meet socially with friends and family indoors in any setting unless they live with them or have formed a support bubble with them.

Shops, gyms, all education settings, and places of worship can remain open, with overnight stays permitted.

Up to 15 guests are allowed at weddings and up to 30 people allowed at funerals, with 15 allowed at receptions and wakes.

Travel advice for those living in Tier 2 areas is to reduce the number of journeys they take where possible and avoid travel into very high Tier 3 areas.

– What restrictions are placed on areas in Tier 1?

Areas classed as medium risk, those in Tier 1, are subject to the same national measures which were commonplace across England earlier this year.

Like Tier 2, up to 15 guests will be allowed at weddings and up to 30 people allowed at funerals, with 15 allowed at receptions and wakes.

Shops, gyms, all education settings, and places of worship will remain open, with overnight stays permitted and no travel restrictions within the area, although people are advised to avoid travel into Tier 3 areas where possible.