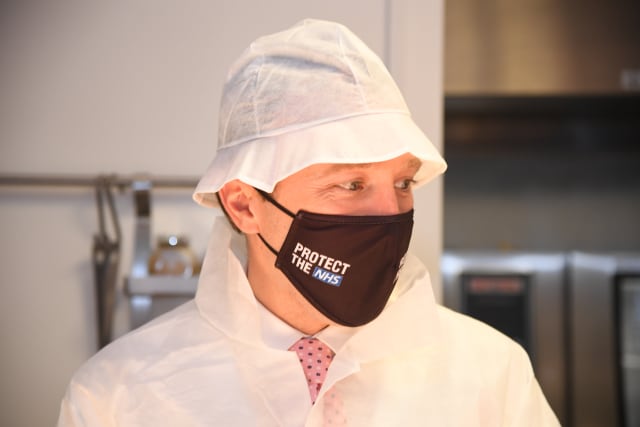 Another 200,000 people will be placed under the most stringent coronavirus restrictions after ministers confirmed a deal to put Warrington into Tier 3 has been struck.

As of 00.01 on Tuesday, pubs and bars in the Cheshire town will have to close unless they serve meals and households will be banned from mixing indoors or in private gardens and beer gardens.

Betting shops, adult gaming centres, casinos and soft play centres will also close as part of the decision to put Warrington’s 210,000 population into the highest alert level in England.

The council will receive a financial support package of £1.68 million to help contact tracing and enforcement as well as £4.2 million in business support from the Government.

Health Secretary Matt Hancock said: “Infection rates are rising in Warrington, and we have agreed with local leaders that it’s time to take action.

“I know that these new measures will mean sacrifices must be made by the people in Warrington, and I want to extend my thanks to each and every one of them for recognising the severity of the situation and sticking to the rules.

“We have agreed a support package designed to help businesses while boosting efforts to control the virus locally, and will not hesitate to take similar action in any area of the country if infection rates continue to rise.

“Please remember – now is the time for us all to work together to get this virus under control.”

Parts of Nottinghamshire could be the next in line to enter Tier 3 after discussions carried on through the weekend.

Local politicians have indicated they expect the new measures could come into force as early as Wednesday but it is understood an announcement affecting the region was unlikely to be made on Monday, with Downing Street saying discussions were ongoing.