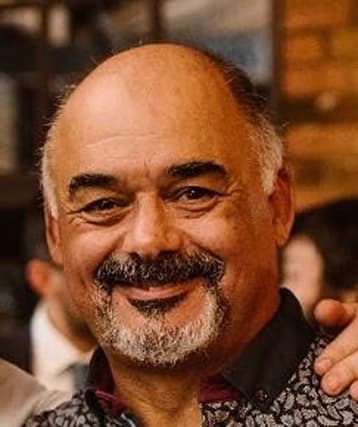 A schizophrenic man has been convicted over the fatal stabbing of a former Wasps rugby player yards from his home as he walked back from the pub.

He was on his way home from his local pub when he became involved in a struggle with Gurjeet Lall, 36, who denied murdering Mr Isichei and stood trial at Inner London Crown Court.

On Monday, a jury found Lall, who was diagnosed with schizophrenia in 2008, not guilty of murder but convicted him of manslaughter by reason of diminished responsibility.

Mr Isichei had drunk a single bottle of beer at the Plough Inn before making his way home at about 6.30pm, when he passed Lall, who was leaning against a wall in St Mary’s Avenue South.

CCTV footage played to the jury showed the pair become “involved in conversation” and, as Isichei began to walk away, further words were exchanged and Lall spat on the pavement.

In his evidence, Lall claimed he had punched Mr Isichei and was involved in a “scuffle” during which he pulled a knife from his pocket.

The two men “fell on top of each other” and, while they were wrestling over the knife, Mr Isichei was fatally injured, the defence argued.

Lall said he could not remember the last time he took medication for his schizophrenia, but that he stopped “way before” spring 2018 and had taken it “here and there” since.

He did not attend Inner London Crown Court on Monday, with presiding Judge Usha Karu earlier telling jurors not to “hold it against him that he is not here”.

Lall, of Vine Cottages, St Mary’s Avenue South, will be sentenced at a date to be fixed in December pending psychiatric reports.