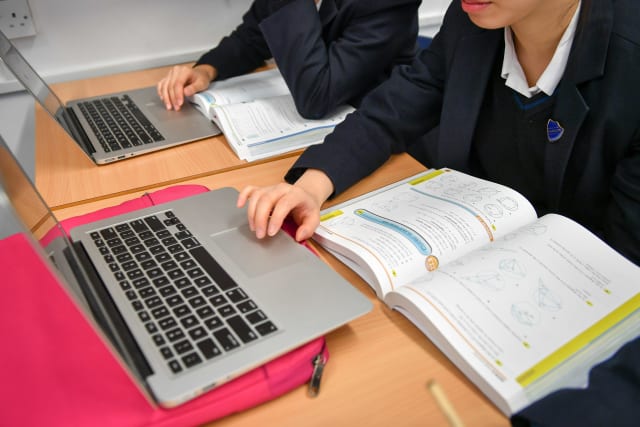 According to a study conducted by the London School of Economics and provided to the BBC’s Panorama programme, the lockdown has highlighted the growing educational disparities between privileged students and those from poorer backgrounds.

The research suggested nearly three-quarters (74%) of private school pupils were benefiting from full days of teaching during lockdown, compared with just 38% of pupils from state schools.

They were also four times more likely to have spent more than five hours a day on schoolwork.

According to the study, four in 10 pupils across the country are still not receiving the same number of teaching hours as they did before the pandemic hit, while about 2.5 million children across the UK received no schooling or tutoring at all during lockdown.

Roberta, 16, from Harris Westminster Sixth Form, told the Panorama programme: “During those six months it was just no education at all. I didn’t really get any support from my old school regarding my education. It’s been quite … a little bit stressful so far.

“I always had a dream of going to A-levels prepared, focused and ready. That break of six months did so much damage.

“I think coming into this school, I didn’t realise the disparity would be this big in the classroom. There are people that don’t know anything and people that know almost the whole content.”

The Department for Education reportedly told Panorama it is giving every school more money, with £58 million already provided to help schools with the extra costs of the Covid-19 pandemic.

– BBC Panorama: Has Covid Stolen My Future? airs on Monday at 7.30pm on BBC One.