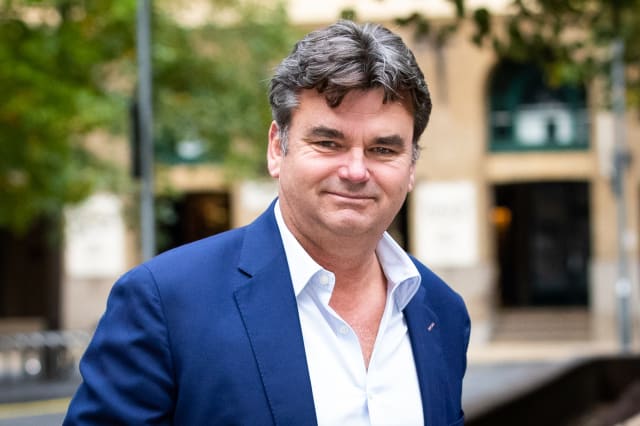 Former BHS owner Dominic Chappell has said he was let down by financial advisers and retail tycoon Sir Philip Green as he denied dishonestly choosing to evade paying tax on £2.2 million of income he received from the deal to buy the failed high street chain.

Chappell described the deal which controversially saw his consortium buy the loss-making BHS for £1 from Sir Philip as “a lifechanging catastrophe” and said he should “never have touched it with a barge pole”.

The 53-year-old is being tried at London’s Southwark Crown Court on three charges of cheating the public revenue relating to his bankrupt finance company Swiss Rock Limited.

He denies the charges.

Chappell repeatedly told the court he is “not an accountant” and was relying on the advice of his professional financial experts to deal with the situation as he was “firefighting” the pending collapse of BHS, causing the loss of 11,000 jobs.

His defence claims that BHS was forced into liquidation because of the actions of Sir Philip in reneging on promises of financial support for the company’s pension fund and going back on a promise to provide working capital to BHS after the sale.

Chappell’s defence suggested that had BHS not failed, he would have had the funds to pay his tax liability.

His lawyers claim he became, and still is, “utterly broke” after BHS’s hugely underfunded “pension problem exploded” within two weeks of him buying the firm from Sir Philip in 2015.

Looking back now on the BHS deal, Chappell told the jury: “It was a lifechanging catastrophe. I would never have touched it with a barge pole.

“We were given forged and misleading documents by PricewaterhouseCoopers (PwC). I was lied to by Sir Philip Green, as were my board.

“This catastrophe has cost me my marriage, my money and my reputation.”

Chappell told the court that he was “lied to” by PwC, who were BHS’s auditors.

He said its information about the state of the firm “was not a true reflection” of what was going on.

Chappell, of Blandford Forum, Dorset, is charged with dishonesty regarding VAT, corporation tax and income tax between January 2014 and September 2016.

Prosecutors claim that instead of paying the tax he knew was due, Chappell spent a fortune on a luxury lifestyle which included a yacht, a Bentley Continental car and some expensive Beretta guns.

BHS was losing £1 million a week and had a £250 million to £500 million pension deficit when Chappell’s consortium bought it in 2015.

It limped on before collapsing in April 2016.

Chappell told the court that he did not dodge paying his taxes and whatever was due would be paid as soon as he could reconcile the accounts, which he feared had been drawn up incorrectly.

He said he had increasingly lost trust in the ability of his accountants.

Cross-examining, prosecutor Mark Bryant-Heron QC said Chappell had “filled your boots” on luxuries such as a boat, which left no money to pay taxes.

Chappell said that “if there was tax due (at that point) I could have paid it”.

He said he and his team were working hard on a “very difficult and challenging” project to try to turn around BHS.

Chappell is charged with providing false or misleading information and also failing to submit VAT returns.

It is alleged that Chappell did not arrange for the correct VAT amounts to be registered and he also did not pay VAT.

Chappell is also accused of failing to pay corporation tax as well as personal income tax from dividends he received from Swiss Rock.

When Swiss Rock’s VAT became due in December 2015, Chappell said he was unaware of the VAT position, there was confusion about invoices and information from HMRC.

He told the court: “I just left it to the experts to deal with it. I just did what I was advised to do.”

Chappell added: “I simply ran out of bandwidth to deal with it. I was living away from home, working from dusk till dawn. It was very, very difficult times.”