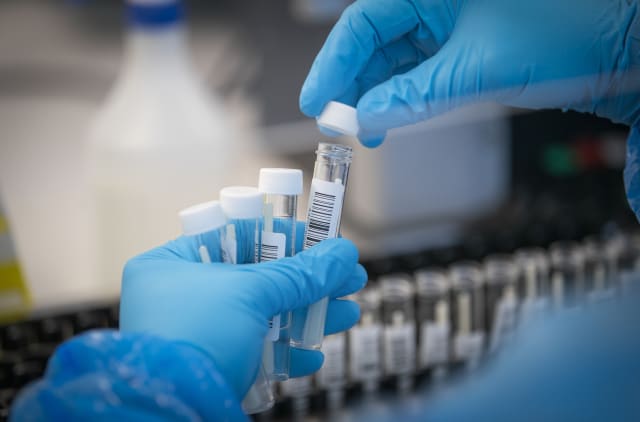 Around 140 people have tested positive for coronavirus at a Norfolk meat processing factory.

Norfolk County Council said there had been a "significant outbreak" of Covid-19 at the Cranswick Country Foods site in Watton.

Some 300 members of staff at the factory have been tested so far, with the remaining employees due to be swabbed on Tuesday.

The council's director of public health, Dr Louise Smith, said the local authority was working with the Joint Biosecurity Centre to urge people in the Watton area to get tested if they have symptoms.

She said in a statement: "Testing of staff at Cranswick Foods has revealed a significant outbreak.

"At this stage we have identified about 140 positive cases out of around 300 tested so far. The analysis of swabs continues and the remaining staff on site are being tested today and tomorrow.

"Due to the high proportion of positive case results received so far, we are liaising with the Joint Biosecurity Centre and have stepped up contact tracing and leafletting in the Watton area, urging people with symptoms to access testing."

The outbreak comes as 75 workers at a Bernard Matthews turkey plant in Great Witchingham, Norfolk, also tested positive for coronavirus earlier this month.

The local authority said testing at the site began on October 15, with more than 600 members of staff tested.

"Results showed that the majority of positive cases so far worked on the afternoon shift at the site, leading Public Health to advise Bernard Matthews that the entire shift be instructed to self-isolate," Norfolk County Council said.

As of October 15 there had also been 72 positive cases at Bernard Matthews' food processing facility in Holton near Halesworth, Suffolk County Council said.

In Suffolk, Bernard Matthews brought in Covid-19 bus marshals on its free staff transport as part of its response to the outbreak.