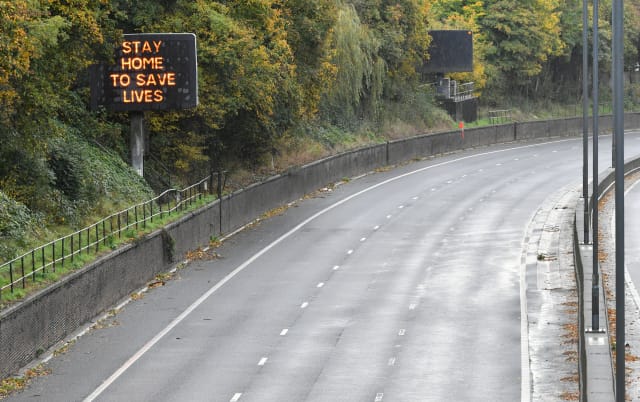 A second firebreak lockdown could be required in Wales by January or February next year, Wales’ deputy minister for economy and transport has said.

Lee Waters said the Welsh Government was trying to “flatten the curve” of the second wave of Covid-19 but could not stop the virus from spreading entirely.

He acknowledged that people were “thoroughly fed-up” of restrictions, with frustration and anger directed towards the government making the decision.

“That is inevitable and I’m afraid its going to get worse,” Mr Waters told BBC Wales’ Sunday Supplement.

“This is not the last lockdown we’re likely to see.

“I think the projections in the papers we’ve published on our worst-case scenarios shows it’s likely we’re going to need to have another firebreak in January or February.

“It’s important that we can show that we are being rational, we’re being evidence-based and we are being transparent. We are trying our best to do that.”

Mr Waters said epidemiologists had predicted more than one peak of coronavirus, with the second worst than the first and “the third worse again”.

He told the BBC that the second peak had arrived, with a 57% increase in people in critical care in the past week.

“We are doing our best to try and flatten the curve,” Mr Waters said.

“We can’t stop the curve, we cannot stop this virus spreading and our best hope is to wait for a vaccine to help us to bring it under control.

“Until we have that, we’re going through what the epidemiologists called the hammer and the dance.

“The hammer comes down and then you emerge from it so a dance of in, out, move around, down comes the hammer again when it gets out of control.

“That’s what we’re seeing across the world.”

Mr Waters told the programme the ban on supermarkets selling non-essential goods had “certainly gone down badly” with many people.

He said the distinction between essential and non-essential items had been present during the first lockdown but “supermarkets largely ignored it” and “carried on as normal” while smaller shops were forced to close.

The ban has been enforced during the firebreak to ensure fairness and reduce the amount of time people are in supermarkets, Mr Waters said.

Supermarkets should be allowing the sale of items such as greetings cards and batteries as these are available in other stores that remain open, he confirmed.

“We’re going to sit down with the supermarkets to review how this has gone over the weekend,” Mr Waters said.

“We’re not reviewing the requirement for supermarkets not to sell non-essential, we’re going to review how it’s working in practice because clearly there are some bumps.”

Mr Waters said there was “discretion” for supermarkets in implementing the ban.

“Lots of people on social media have been getting in touch with me saying ‘I can’t buy a microwave for my newborn baby to heat up their milk’,” he said.

“Well in those circumstances, supermarkets are able to make a judgment whether they sell you that or not.”