Rehabilitated seals returned to the wild in rare triple release 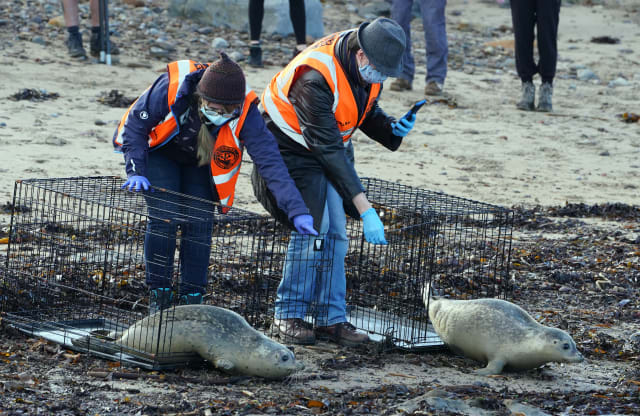 A trio of seals were released at Whitley Bay after spending months at Tynemouth Seal Hospital.

Recovering from a variety of ailments such as mouth ulcers, the seals had been rescued on the north east coast earlier in the year.

After putting enough weight on and recovering from their ailments, Tarquin, Ozzy and Barnabus all made their way down to the coast once more in what was described as a “pretty rare” triple release.

Staff rely on the public to spot distressed or unwell seals and alert them to their location – from there, the best course of action can be taken.

Tarquin was reportedly nervous about his return to the wild, but eventually all three were successfully released.