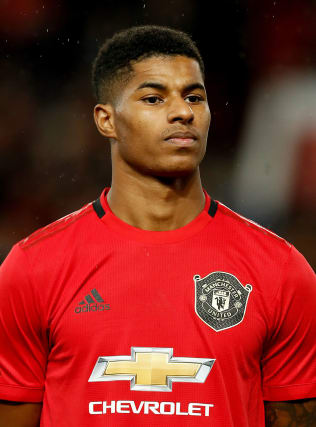 Footballer Marcus Rashford has praised local communities for stepping in to provide free meals to children during the school holidays – but some Tory MPs have been accused over controversial comments on the subject.

Rashford, 22, said he is "truly overwhelmed" by the support his campaign has received, after Parliament rejected proposals to provide free meals to vulnerable children during the school holidays.

The striker's online petition had garnered more than 660,000 signatures by Saturday morning and the number continued to rise rapidly.

His viral campaign came after MPs rejected a bid from Labour, backed by the footballer, to extend free school meals over the school holidays until Easter 2021.

Among the businesses and organisations around the country who offered free food were tea rooms, churches, farms and takeaways.

In a statement to BBC Newsnight, Rashford said: "Even at their lowest point, having felt the devastating effects of the pandemic, local businesses have wrapped arms around their communities today, catching vulnerable children as they fell.

"I couldn't be more proud to call myself British tonight."

A screenshot of a since-removed post in her name on Facebook said: "I am delighted our local businesses have bounced back so much after lockdown they are able to give away food for free, and very much hope they will not be seeking any further government support."

The MP later claimed her comments were "out of context" and added: "I of course deeply regret any offence which may have been caused."

Her party colleague Ben Bradley also said a tweet he sent, which prompted accusations that he was stigmatising working class families, was "totally taken out of context".

There has been a call for an apology after the MP for Mansfield replied to a tweet in which another user described the free school meals programme as "£20 cash direct to a crack den and a brothel", with the Tory writing: "That's what FSM vouchers in the summer effectively did..."

Mr Bradley later claimed he was trying to say that giving children who live in "chaotic" situations an "unrestricted voucher to spend on whatever isn't helpful".

But Labour MPs have pointed out the vouchers in summer could only be used to buy food.

Defending Mr Bradley, another MP Mark Jenkinson accused people of attempting to "score political points" as he claimed that in his constituency of Workington in a "tiny" minority of cases food parcels – not vouchers – are "sold or traded for drugs".

The comments also sparked questions and demands for evidence, with Labour's Jess Phillips writing: "Seriously Mark, let's have a chat about this when in Parliament I'd love to see your evidence, I'd also like to talk to you about life living with those with substance misuse and what does and doesn't help solve it."

Meanwhile West Midlands Tory mayor Andy Street said the Government should make "a clear decision" on whether it would or would not fund free school meals over holidays "well in advance".

"It should not be a last-minute thing, this should be planned for, there should be a national approach on this," he said, adding that the lack of planning meant there was now an "indiscriminate arrangement" across the country as to whether free school meals would be provided over the break.

Tory-run Kensington and Chelsea council said it will pay for free school meals for eligible pupils in the borough during next week's half-term.

The council said almost 3,300 youngsters will receive £15 vouchers from their schools to cover the cost of meals during the holiday, equal to the value of £3 per day for the lunchtime meal they would receive if in school.

Other Tory-controlled councils getting on board include Hillingdon, Medway and Wandsworth councils.

The Labour leader of Birmingham City Council pledged to provide 61,000 eligible youngsters with meals in a scheme which will cost the local authority between £800,000 and £1 million, and the mayor of Liverpool said he was "not prepared to stand by and watch", as he announced £300,000 of funding.

Liverpool mayor Joe Anderson and Liverpool City Council have set up a JustGiving page to raise money, expressing their determination "that no child shall go hungry this October half-term".

McDonald's UK has also offered support to families, announcing a partnership with Fare Share UK to provide one million meals for families in need.

Conservative MP Robert Halfon, who voted in support of extending free school meal provision, called on Boris Johnson to meet Rashford to come up with a long-term strategy, calling such a get-together a "no-brainer".

Rashford, described as a "hero of our times" by musician and fellow Mancunian Tim Burgess, will be back at his day job later as Manchester United play a home game against Chelsea.