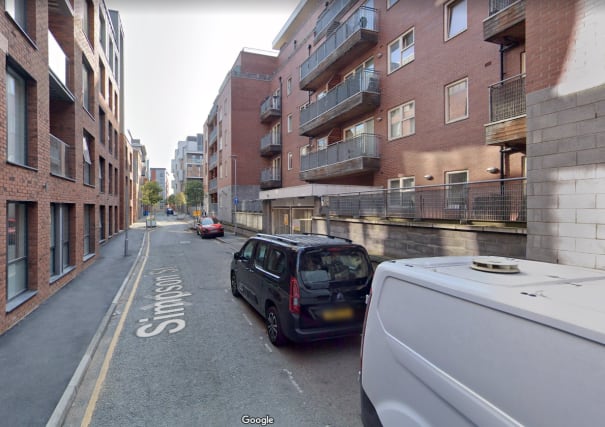 The organiser of a party attended by more than 50 people has been handed a £10,000 fine for a “blatant disregard” of Covid-19 regulations.

Police were called to a flat in Simpson Street, Angel Meadows, Manchester, shortly after 11.20pm on Friday.

DJ mixing decks, industrial speakers and a buffet were found by officers, with around 50 people in attendance, Greater Manchester Police said.

The force said the party was closed down and the organiser given a £10,000 fixed penalty notice for breaching coronavirus legislation – one of the first issued since Greater Manchester entered Tier 3 restrictions.

GMP said 52 fines, for a range of rule breaches and of varying amounts, have been handed out since the area’s new alert status came into force on Friday.

Assistant Chief Constable Mabs Hussain said: “This party was a blatant disregard of the rules and for public health.

“It is totally unacceptable in the current crisis the whole world is facing and is not what we want our officers to be spending their time doing.

“We had no alternative but to issue the maximum penalty for breaching the legislation on large gatherings and I hope this serves as a reminder to those considering to flout the rules – we will take action.”

In Tier 3 locations, people are not allowed to meet socially with friends and family indoors in any setting unless they are part of the same household or in a support bubble.

Outdoor meetings in public parks or gardens are permitted for gatherings up to a maximum of six people.

Those breaking the rules risk a £200 fine for the first offence, doubling for further offences up to a maximum of £6,400.

Someone holding, or involved in holding, an illegal gathering of more than 30 people can face a fine of £10,000.

Meanwhile, the Metropolitan Police in London, which is under Tier 2 alert restrictions, said officers had shut down a wedding of around 250 guests as a “flagrant breach” of Covid-19 regulations.

The force said officers were called to a venue on Old Kent Road at 8.20pm on October 18 after concerned residents suspected it was being burgled.

“It appeared that those attending the ceremony had closed the shutters at the front of the venue, in an attempt to mask the celebration,” the force said in a statement.

Officers dispersed the crowd at the scene, with the bride and one other person, who was not the groom, told they had been reported for the consideration of a fixed penalty notice.

Police said the reports will be considered by a dedicated crime team who will assess the breach in line with the legislation.

Rules for Tier 2 areas say wedding and civil partnership ceremonies and receptions can only take place in “Covid-secure” venues or in public outdoor spaces, with the number of guests restricted to 15.

Detective Superintendent Nicky Arrowsmith said: “This event was a blatant breach of the regulations and could have been a breeding ground for transmitting the virus.

“There were over 200 people inside, no social distancing and indeed no attempts to make the venue Covid secure, in line with the Government guidelines.

“The guidelines are there for a reason, to keep people safe.

“Being reported for a fine is clearly not a wedding present people would be expecting, however as this was such a flagrant breach of the regulations, it was entirely necessary.”