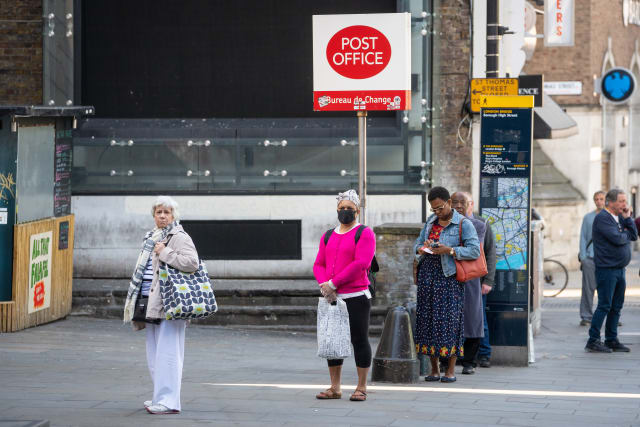 The Post Office has announced a £16 million investment that will result in it owning and operating around 1,400 free-to-use cash ATMs which will be fitted with the latest technology.

But the move will also mean there are around 600 fewer free-to-use ATMs at post offices than there are currently.

The Post Office already has an agreement with many banks which enables their customers to do day-to-day banking, such as paying in and withdrawing cash, over the counter in branches.

In areas where ATMs will be closed, it will be providing marketing support to postmasters, such as posters, to encourage customers to withdraw cash over the counter.

The 1,400 ATMs being retained include nearly 60 which are not commercially viable but are in locations where the next free-to-use machine is a significant distance away.

Martin Kearsley, banking director at the Post Office, said: “Our estate of Post Office-owned and operated ATMs will see postmasters operating some of the most modern and secure ATMs in the market.

“We have also identified almost 60 additional locations where we have decided to retain a free-to-access ATM to serve the community’s needs despite it not being commercially viable.

“In the areas where we have been unable to sustainably operate the existing ATMs, customers can still withdraw cash over the counter free of charge and in a secure manner. Many of our branches are open long hours and at weekends, ensuring continued access to cash.”

The Post Office said it has reviewed each ATM and considered factors such as weekly usage and the proximity of other free facilities.

It said the £16 million investment is one of the largest in the market for over a decade and it has to make sure it delivers the best returns in the long term.

The 600 machines that will close will be shut in a phased approach by March 2022.

The Post Office said the £16 million investment will be focused on maintaining and upgrading existing cash machines, but it has not ruled out operating more ATMs in the future when the new technology is in place.

This could be to support the opening of a new post office, or to reflect increased demand in a particular area.

At present, the Post Office does not own or operate any ATMs at its branches. They owned and operated by its partner, the Bank of Ireland, which is exiting this area in the UK.

Towards the end of 2021, the first ATM will be migrated to the Post Office estate, with all machines transferring by the end of March 2022.

All ATMs will be replaced with new devices with the latest cash dispensing technology and security measures, to be completed by mid-2023. The Post Office will also become a member of the Link ATM network.

Postmasters can potentially apply to Link’s “request an ATM” scheme for a machine to be installed at their branch.

Cash use declined sharply at the start of the coronavirus pandemic, with some retailers asking customers to pay by alternatives such as cards, but many people still rely on cash and there are concerns that rural and deprived communities face being cut off.

The Government has said it will legislate to protect cash and one option is for cashback to become more widely available from retailers without people needing to make a purchase.

Proposals also include beefing up the Financial Conduct Authority’s role in overseeing the cash system to ensure it benefits consumers as well as small and medium-sized businesses.

To support ATM maintenance, the Post Office has contracted software business Cennox. It will also use Vocalink to provide the transaction-processing services for Link, Visa, MasterCard and Post Office Card Account transactions at Post Office ATMs.

Richard Grimmer, managing director of Cennox UK and Ireland, said the Post Office’s commitment “to invest in a diverse, free-to-use self-service network is a hugely positive announcement to the industry and the communities we serve”.